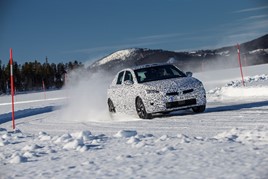 Vauxhall’s all-new fifth generation Corsa is close to the end of its development, after undergoing extensive testing and tuning.

Engineers have used the long polar winters in Swedish Lapland to put it through its paces on frozen lakes and on snow-covered roads.

The pre-production cars have been lapping the test tracks at the test centre for handling tuning, while it has also undergone electrical tests in the laboratory.

Customers, says Vauxhall, can look forward to a more dynamic Corsa when sales start this summer, delivering a balance between sportiness and comfort.

Thanks to lightweight engineering, the all-new Corsa’s weight has been reduced by more than 10% compared with the outgoing model, while the manufacturer will also offer the Corsa for the first time as a battery electric vehicle (EV).

Experts from the chassis control department have been using the harsh extremes of the environment to put the car through extensive chassis tuning programmes for balanced handling and comfort, as well as refining electronic stability, traction control and anti-lock brake systems on slippery surfaces – working in temperatures as low as minus 30 degrees Celsius.

The control functions of the new Corsa must function reliably regardless of ice, snow, slush or asphalt, with any level of grip. 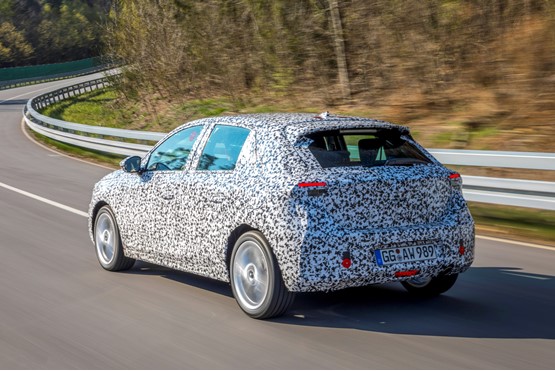 Testing with the camouflaged cars began in Swedish Lapland last November. From January to March, the ice on the frozen lakes was around one metre thick, so that the test cars, snow-ploughs and water sprinklers could drive on them.

During the long polar nights, the engineers benefitted from the Vauxhall lighting technology, as customers will with the road-ready car. The adaptive IntelliLux LED matrix headlights are available for the first time on the new Corsa.

The glare-free matrix headlights automatically and continuously adapt to the prevailing traffic situation and surroundings. Approaching traffic and preceding vehicles are simply ‘cut out’ of the illuminated area. Glare is minimised and drivers enjoy optimum visibility for the first time in the small-car market segment.

The Corsa has also undergone round-the-clock laboratory testing to prove its electrical durability. The new model is equipped with a raft of electrical systems, including the latest generation ESP and an all-new infotainment hub. 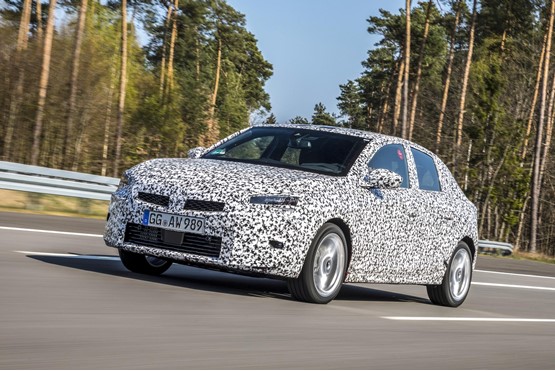 Vauxhall announces pricing for the new Vivaro Life and says an all-electric version of the vehicle will be available in 2021.

Vauxhall has expanded its special edition Griffin range to include high specification versions of the Mokka X Plus, Astra and Adam.