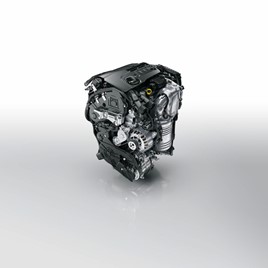 All Citroen and DS diesel models, plus the majority of Peugeots, are now RDE2 compliant, meaning they avoid the 4% Benefit-in-kind (BIK) diesel surcharge.

PSA Group has achieved the compliance almost a year ahead of the industry deadline, enabling company car drivers to benefit from lower tax bills. Businesses also benefit from lower wholelife costs as a result of cheaper Class 1A national insurance contributions.

The RDE2 compliant models include all 1.5-litre and 2.0-litre BlueHDI powered Citroens and DSs, with manual and EAT8 automatic transmissions.

The Peugeot range is partially compliant, with BlueHDi versions of the 3008 and 508 already achieving the required emissions standards plus the new 208 and 2008.

Peugeot says it is “on target” to meet the new regulations early for its latest generation of diesel cars.

Since September 2019, all new cars and vans sold in the UK have had to meet a maximum allowance of 168mg/km NOx emissions under RDE testing. However, from January 2021 onwards, the RDE2 standards mean new cars will only be allowed to emit up to 114.4mg/km NOx under real-world driving.

Mercedes-Benz, Jaguar Land Rover and BMW are among the other brands to have models already achieving the new standards.