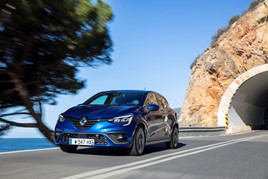 New car sales across Europe have plummeted, reaching a four-year low for the month of February.

Felipe Munoz, global analyst at Jato, said that the situation in Europe’s new car sector was “rapidly deteriorating” – even ahead of March’s escalation of the COVID-19 coronavirus outbreak – due to complex regulation, lack of available homologated cars, and increasing pressure on the economy.

“All of these factors are having a detrimental impact on consumer confidence”, he added. 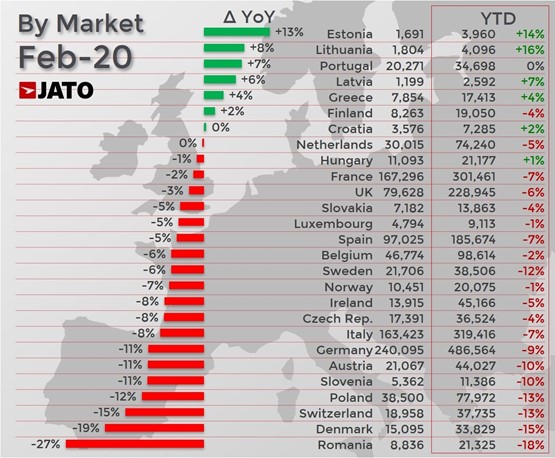 At the top end of the new vehicle sales rankings, the region’s long-time best-seller, Volkswagen’s Golf, was dethroned by the new Renault Clio.

Jato says this is a result of Renault’s new Clio having been available to the market for a longer period of time than the recently-launched eighth-generation Golf.

Other changes included a shift away from SUVs, with none appearing in the top 10 ranking.

Mid-size cars posted the highest growth among all segments, thanks to strong performances by the BMW 3 Series and the Volkswagen Passat.

The BMW and VW models’ combined registrations made up 31% of the whole midsize segment volume, while sales of the Tesla Model 3 fell by 6%. 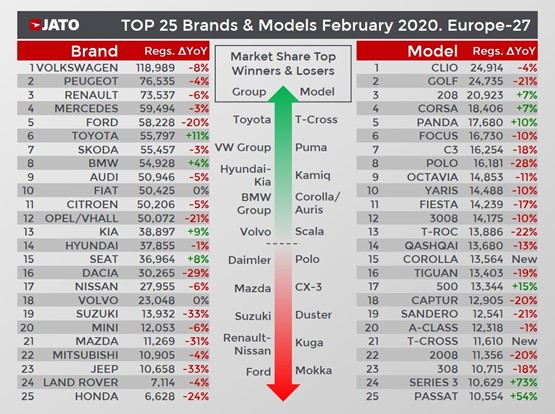 According to Jato’s data, alternative fuel vehicles (AFV) were once again delivered growth in February, despite the market’s downward trajectory.

The increase of over 80% came at the expense of diesel and petrol cars which saw significantly fewer registrations, however.

Munoz said: “So far this year, electrified vehicles have been the only lifeline for manufacturers operating in Europe.

“This is good news, as the industry’s electrification plans have finally seen a positive response from consumers.”

The shift towards AFVs is now starting to place pressure on the previously buoyant SUV market, according to Jato.

Jato said that the fall in registrations was due to the compact SUVs, declining by 3.7% in contrast to the strong growth experienced by large SUVs, which saw an increase of 17%.

Fleet and business registrations, when taken together, fell by 2% in January when compared to the start of last year, according to figures published by the SMMT.