Next Vauxhall Mokka to be electric 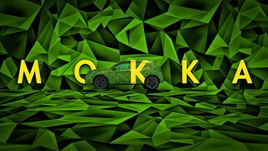 Vauxhall has revealed a teaser image of the new Mokka, which will go on sale in 2021, and confirmed the new model will be available with an electric motor.

The small crossover, which is based on the new Corsa, shares much of its underpinnings with PSA stablemate the Peugeot 2008.

It's expected to sit lower to the ground and feature short front and rear overhangs, which should make it nimble and more fun to drive than its predecessor.

The interior, yet to be revealed, is likely to mirror that of the new Corsa.

"Not only does it show that we’re serious about electrification, but also that we’re not afraid to innovate with design, both inside and out of the car. The Mokka is still in its development phase now, but it is set to be one of Vauxhall’s most important models when it arrives with customers at the start of next year."

The previous Mokka was pulled from sale in November 2019, having amassed more than 200,000 sales in the UK since it was introduced.

It is expected the new Mokka will be offered with the same petrol and diesel engines as the Corsa, along with the same electric motor and battery setup - giving around 200 miles of range.

Vauxhall has achieved RDE2 compliance across its entire model range, reducing operating costs for both business and drivers.