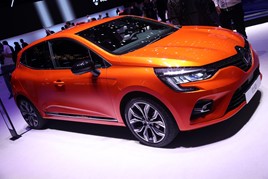 The Geneva International Motor Show will not take place next year, organisers have announced.

On-going health concerns around coronavirus and a lack on interest from the majority of exhibitors in participating in the 2021 motor show are behind the cancellation, they said.

In a statement, the organisers explained: “The automotive sector is currently going through a difficult phase, and exhibitors need time to recover from the effects of the pandemic.

“Furthermore, it is far from certain that the current health situation would permit the organisation of an event attracting more than 600,000 visitors and 10,000 journalists next spring.”

The event’s foundation has also decided to sell the International Geneva Motor Show to Palexpo SA – the owners of the show’s location.

The statement said: “The aim is to find a solution that will ensure the regular organisation of an International Motor Show in Geneva.”

It was the first time that the show, which provides a platform for manufacturers to unveil their latest models, had been cancelled since the Second World War.

Europe’s biggest motor show is also the largest public event in Switzerland, providing an economic boost to the local economy worth some £170 million per year.

David Leggett, automotive analyst at GlobalData, said that this second cancellation raises questions about its viability beyond next year.

He explained: "Even before the coronavirus crisis forced a late cancellation of this year's Geneva show in March, many carmakers had already concluded that the costs of exhibiting at motor shows are no longer worth bearing and that there are better ways to spend budget and generate buzz around new product."

Thanks to burgeoning news and car websites, as well as social media, Leggett also says new car models have often been seen online well in advance of official show launches.

Furthermore. the cancellation of the Geneva Motor Show this year meant that many vehicles that would have been world debuts were instead revealed via online premieres.

He concluded: "Indeed, live streaming new product presentations may well be seen as a way forward for manufacturers concerned over the costs and diminishing effectiveness of exhibiting at trade shows.

"It increasingly looks like the traditional motor show event format, with its large indoor show halls filled by static displays and big crowds, is looking a little tired. Covid-19 may have hastened their evolution or demise.”

Organisers have cancelled the Geneva Motor Show, which was due to take place next week, because of Coranavirus.