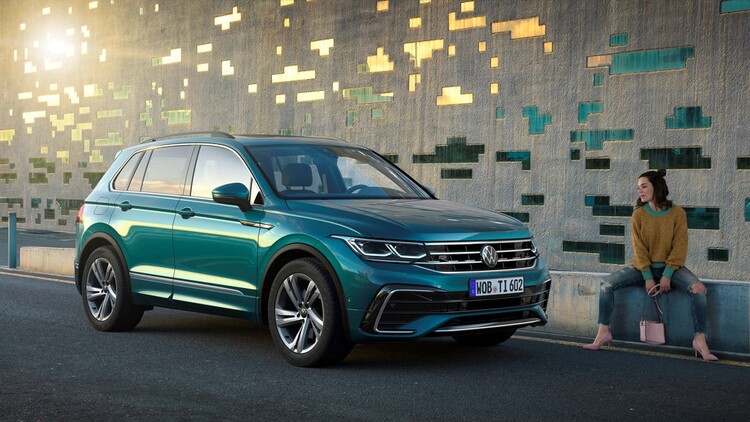 The Volkswagen Tiguan SUV is now available with a plug-in hybrid 'eHybrid' powertrain, which is priced from £35,515.

It uses a 1.4-litre petrol engine and electric motor to deliver a combined 245PS, and can cover up to 30 zero-emission miles on a single charge.

The Tiguan eHybrid emits from 38g/km of CO2 and has a WLTP fuel consumption figure of up to 176mpg.

Life models are priced from £35,515 and include adaptive cruise control, parking sensors and LED matrix headlights.

The Elegance adds keyless entry, a heated steering wheel and a digital instrument cluster, for £37,780.

Benefit-in-kind (Bik) tax of 11% applies to the Life and R Line trims, while the mid-spec Elegance sits in the 13% banding.

The car joins an updated Tiguan range, which also features updated TDI diesel engines. They are fitted with two SCR catalytic converters in sequence, each with its own AdBlue injection.

This facilitates a process known as twin dosing, which Volkswagen says significantly reduces NOx emissions compared to the previous model.

Other changes include an all-new front-end, with a new ‘SUV radiator grille’ , while bumpers have also undergone a makeover.

Inside the cabin, Volkswagen has replaced buttons and controls with digital touch panels for the climate control system.

The touch buttons can also optionally be used to operate functions such as the seat, rear window and windscreen heating.

It also features new infotainment system which allows the user to connect to a variety of online services.

How are fleet manufacturers meeting the challenges of Covid-19? Volkswagen Cars responds

Fleet News surveyed major manufacturers to find out how they were responding to the coronavirus pandemic. This is Volkswagen Cars response.