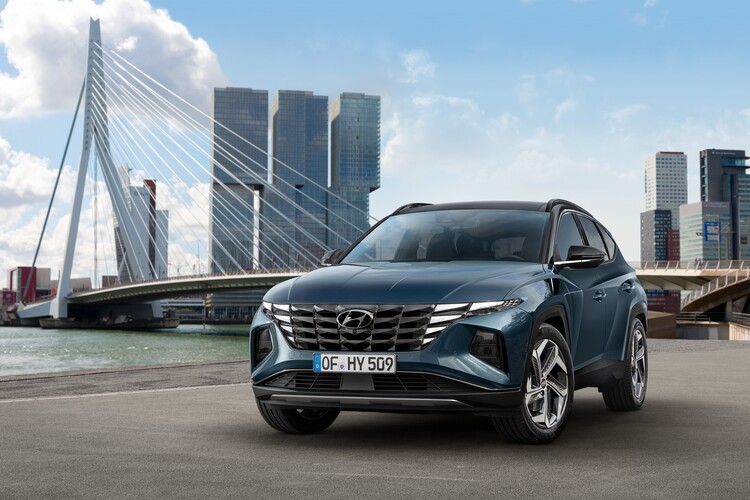 Hyundai’s all-new Tucson SUV will be available with plug-in hybrid, hybrid and 48v mild-hybrid powertrains when it goes on sale around the end of this year.

The range, which will also feature petrol and diesel models, will complete the electrification of Hyundai’s SUV line-upin Europe.

Other electrified SUVs produced by Hyundai include the fully-electric and hybrid versions of the Kona, the hydrogen-powered Nexo FCEV, and the Sante Fe which has hybrid and plug-in hybrid options.

Michael Cole, president and CEO at Hyundai Motor Europe, said: “With the introduction of the all-new Tucson it was key to also expand the electrification to our global best-selling SUV.

“This launch marks a further milestone for Hyundai, as we now offer electrified versions of our full SUV range.

“With its progressive design and state-of-the-art powertrain line-up, the all-new Tucson will remain one of the key products for Hyundai in Europe.”

The fourth generation of the Tucson range, which has been the brand’s best-selling range since it was originally launched in 2004, is 20mm longer, 15mm wider and 5mm higher than its predecessor.

Its interior features a new 10.25-inch touchscreen, as well as a range of connectivity and safety features.

It will be available with three electrified powertrain options and two internal combustion engines with four transmission choices.

The hybrid version consists of the new 1.6-litre T-GDI Smartstream engine and a 44.2kW electric motor, with a 1.49kWh lithium-ion polymer battery.

It is paired with a six-speed automatic transmission and available with two-wheel or four-wheel drive. The system is the most powerful in the all-new Tucson’s powertrain line-up, with a combined output of 230PS.

Hyundai has combined its 48-volt mild hybrid technology with the 150PS 1.6-litre T-GDI, which will be available with six-speed Intelligent Manual Transmission (6iMT) and a seven-speed dual clutch transmission (7DCT).

The 1.6-litre T-GDI with 180PS will be offered with six-speed iMT with two-wheel drive in addition to 7DCT with four-wheel drive.

When not combined with the 48-volt mild hybrid system, the 1.6-litre T-GDI Smartstream petrol engine is available with 150PS, a six-speed manual transmission and four- or two-wheel drive.

The 1.6-litre CRDi Smartstream diesel engine will be available with 115PS and a six-speed manual transmission with two-wheel drive.

A plug-in hybrid version of the all-new Tucson with a 1.6-litre T-GDI engine and 265PS will also be available. More details will be revealed closer to the market launch in 2021 – slightly later than other models.

Hyundai will launch three new electric vehicles in the next four years, under its new dedicated brand Ioniq.