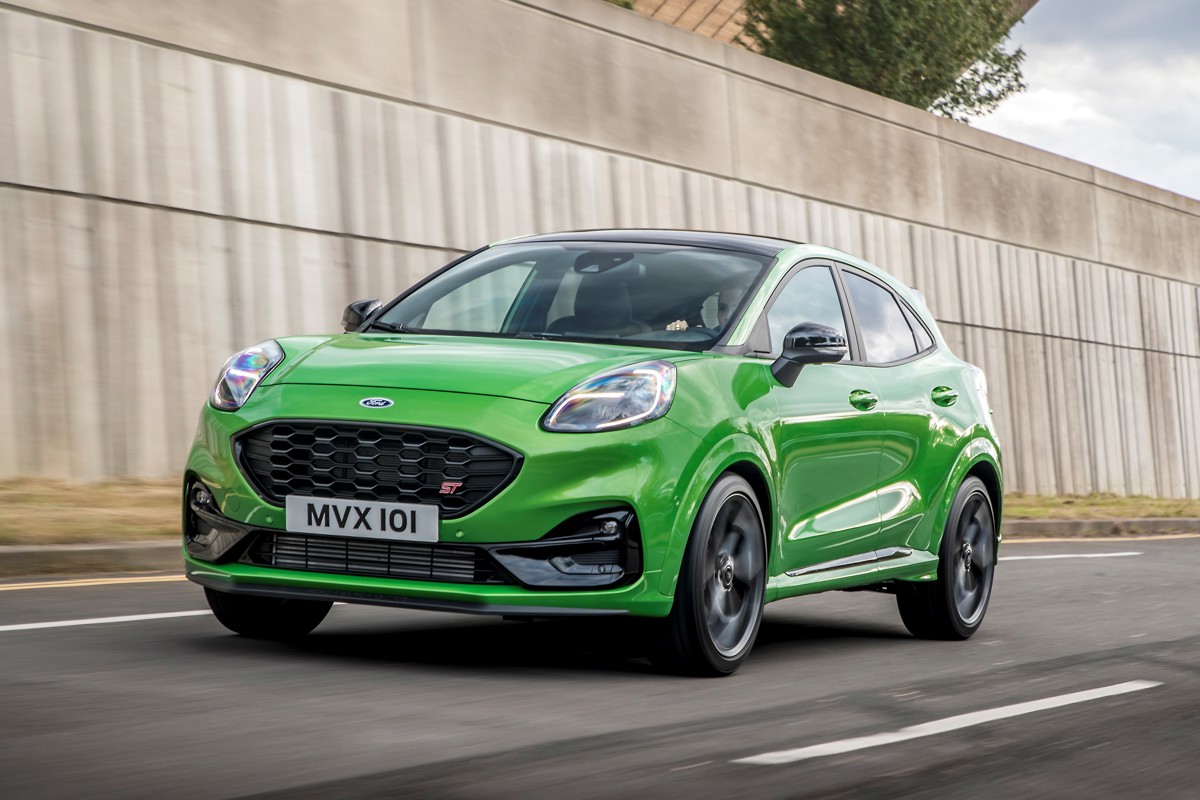 Ford has given its new Puma compact SUV a makeover courtesy of its ST performance division.

The newcomer, which was the UK’s fourth best-selling car in August, is now available with a mighty 200PS petrol engine giving it a 0-62mph acceleration time of 6.7 seconds.

To keep the extra power in-check, Ford has reworked the car’s chassis, sharpened the steering and stiffened the suspension.

It also has larger brakes and comes fitted with Michelin Pilot Sport 4S tyres to maximise the driving thrills.

User-choosers who want an even more engaging drive can add the £950 Performance Pack, which includes a limited-slip differential.

There’s no impact on the Puma’s practicality either. The ST still comes with an 80-litre MegaBox in the boot floor and the same family-friendly interior as the regular model.

“Real driving enthusiasts aren’t going to settle for less excitement just because life demands a more ‘sensible’ car, so our number one priority was that the Puma ST had to be as exhilarating and capable as every ST model, without sacrificing any of Puma’s practicality,” said Stefan Muenzinger, Ford Performance manager, Europe. “We believe that we have the best-handling small SUV in its segment. It really does feel connected and has the true ST feel. It is a joy to drive.”

An active exhaust valve amplifies the sporty engine sound but is more quieter than the Fiesta ST for a more composed cruising experience.

Ford says selectable Drive Modes are key to the Puma ST’s versatility. The Track mode configures the car for maximum enjoyment while Eco mode boosts efficiency. There is also a Normal and Sport mode.

Externally the Puma ST receives a makeover with wide wheel arches and more aggressive bumpers. Spoilers and splitters are added to improve downforce and aerodynamics.

Its steering is sharp and the ride composed which, together with its practicality and efficiency, makes the Puma an excellent all-rounder.

Ford will use 5G to speed up electric vehicle production

Ford and its consortium partners have received government backing for the introduction of 5G connectivity to speed up electric vehicle manufacturing.