"Just as the Focus remains one of the best-handling cars in the compact family car arena, so it is with the Mk3 Kuga in the family SUV market. " 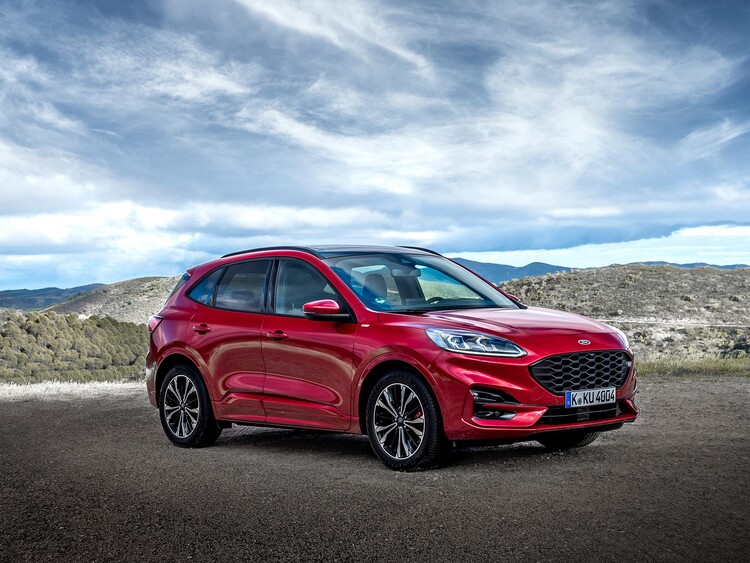 Now in its third generation, the Ford Kuga looks much more closely aligned to the Ford Focus it shares its underpinnings with than either of its predecessors.

The softer, less rugged, styling may not appeal to all tastes, but the advent of electrification to the range, supplementing the regular petrol- and diesel-engined choices, should give the Kuga renewed appeal to fleets.

In this corner of the market, the competition is strong, with Kuga facing numerous alternatives including – but not limited to – Kia’s Sportage, the soon-to-be-replaced Nissan Qashqai, the Peugeot 3008, Seat’s Ateca and closely-related Škoda Karoq, plus Vauxhall’s Grandland X.

Even more intriguingly is the Kuga’s smaller sibling, the Puma, which is already enjoying rave reviews.

Ford’s designers have long had a handle on making its cars fit for family life and the third-generation Kuga is a fine exponent of this.

There’s a raft of varied, usefully sized cubby holes around the interior, including a lidded centre console locker, with a moveable shelf, a smartphone-sized space in front of the gearlever with a wireless charging plate available on many models, plus deep door bins with moulded innards to help hold a multitude of detritus.

It’s a similar tale in the back, where three average-sized adults will be able to get comfy, with decent head- and legroom. All Kugas feature a 60:40 split rear seat which can be slid backwards and forwards, as well as have the angle of the backrest reclined.

Dependent on how the space is configured, the Kuga offers between 412 litres in five-seat mode and up to 1,534 litres when the rear seats are folded over.

There’s a familiar trim level structure of the Mk3 Kuga range. Zetec and Titanium fulfil the mainstream briefs, with ST-Line and ST-Line X being the sportier options. For those hankering after a plusher experience, the flagship Kuga Vignale is the one to go for. 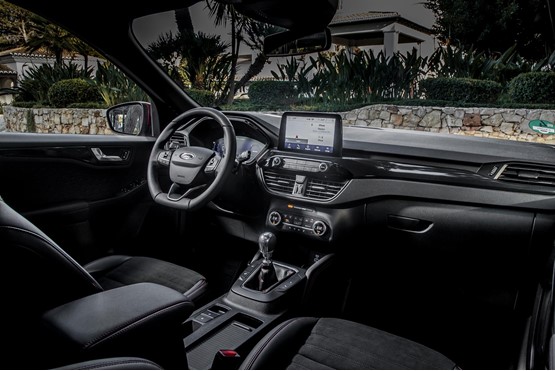 Inside, the Kuga is very like a Focus, essentially sharing the same dashboard. That means a very simple-to-use design with a standalone tablet-like touchscreen for the multimedia system, but in a functional setting.

It’s just a pity that it’s so unyieldingly black inside the Kuga, with no variation of trim and upholstery colour save for the scarlet stitching on the ST-Line models. It’s all a bit gloomy.

Naturally, for a family-focused SUV that achieved a five-star Euro NCAP rating, all Kugas come with autonomous emergency braking (AEB), lane-departure warning, parking sensors front and rear, an electrically-heated windscreen and seven airbags, plus there’s a raft of optional safety gear, too.

The engine line-up kicks off with a 120PS version of Ford’s 1.5-litre EcoBoost petrol. This is only available with Zetec trim and is primarily offered due to its low price of £24,020. A six-speed manual gearbox and front-wheel drive is all that’s available here.

An upgraded 150PS version offers more spritely performance, but both powertrains have CO2 emissions of more than 150g/km and only return around 40mpg.

It’s the electrified models that have the most fleet appeal, however. The 2.0-litre mild-hybrid diesel develops a respectable 150PS and emits 132g/km in Zetec trim.

In essence, it uses a beefed-up stop-start system that’s capable of turning the engine off at low speeds or when acceleration’s not required to improve fuel efficiency – up to 56.5mpg on paper. 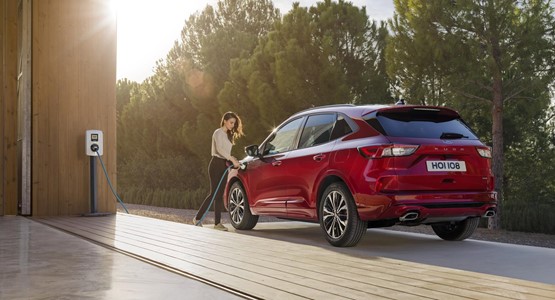 The plug-in hybrid (PHEV) version uses a 2.5-litre petrol engine and an electric motor to produce 225PS. Performance-wise that equates to a 9.2-second 0-62mph time.

Despite having a large petrol engine, the official WLTP efficiency figures are 201.8mpg and 32g/km of CO2.

Charging the PHEV’s 14.4kWh lithium-ion battery takes around three-and-a-half hours on a dedicated wallbox. However, use up all that electricity – it’ll travel around 35 miles on electric-only – and you’ll be very lucky to see anything close to 40mpg. It could prove quite thirsty on longer trips.

Quickest of all the Kugas is the only one fitted with four-wheel drive – the 2.0-litre EcoBlue, with the 0-62mph time drops to a speedy 8.7 seconds but emissions climb to 155g/km.

Just as the Focus remains one of the best-handling cars in the compact family car arena, so it is with the Mk3 Kuga in the family SUV market. But, as with the Focus, the competition has caught up considerably.

For instance, while the Kuga’s steering is still communicative, giving the driver a decent amount of feedback about traction and road conditions, it’s not as sharp a signal as it was before, and the weighting is a touch light for enthusiastic drivers.

The Kuga does well to absorb much of the sharpness out of rough road surfaces, and – in traditional Ford manner – damping is well controlled, too. Overall, this allows the Kuga to remain composed and relatively flat through corners, but rarely giving a sense of floatiness that might make some occupants feel unwell.

ST-Line models have lower, stiffer Sports suspension. By and large it’s fine, dealing with initial bumps well, but minor road imperfections are frequently transmitted to occupants’ posteriors a bit too readily, albeit without harshness.

For the majority of SUV customers, the latest-generation Kuga is a fine choice: plusher than a Qashqai, more practical than a Sportage and better handling than an Ateca.

But, it’s not a clear-cut victory, not least because the styling is somewhat awkward from some angles. It lacks the visual zest of the equally new, but a mite smaller, Ford Puma.

The Kuga handles impressively, it’s roomy and very easy to live with.

But if you can sacrifice on space a little, the Puma’s the one to go for.