"The new Sportage has taken a bold step away from the safe styling of its predecessor." 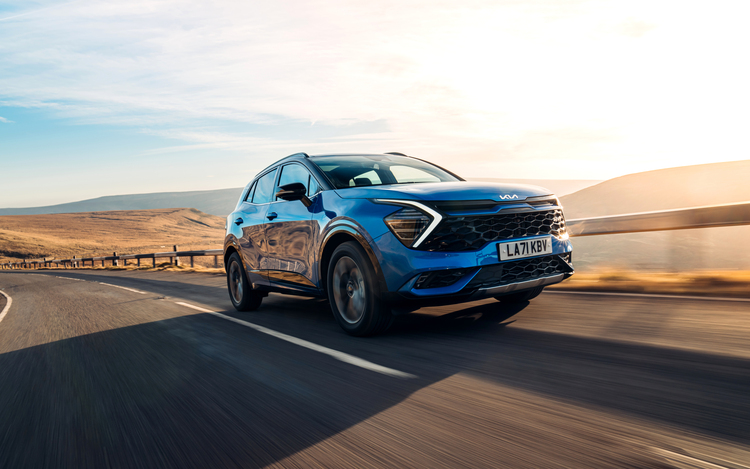 When it comes to crossovers, two models dominate – the Nissan Qashqai and the Kia Sportage. We’ve already welcomed an all-new Qashqai, so now it’s Kia’s turn to try to impress.

At first glance, it’s looking positive. The new Sportage has taken a bold step away from the safe styling of its predecessor. It’s more angular, imposing and futuristic. The distinctive front-end trumps Nissan’s own attempts at a contemporary design and the Sportage still has plenty more aces up its sleeve.

When you step inside, there’s a high-class interior that borrows much from the new Kia EV6. Two digital displays curve towards the driver, while the centre console raises to create a wraparound cockpit. There’s a mix of leather, metal and quality plastics that give a premium feel. It is a nice place to sit.

One feature carried over from the EV6 is the touch sensitive panel sitting beneath the main infotainment screen. It’s a clever design that provides quick access to multiple features, with very few physical switches. Controls for the heated seats, drive modes and the rotary gear selector fall to hand in a control panel between the front seats. 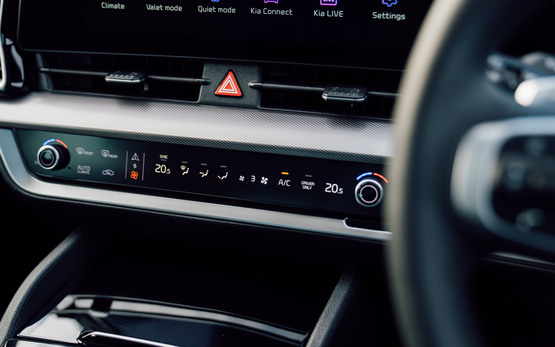 At the rear, the upswept tailgate opens to reveal a large boot of 520-590 litres, dependent on powertrain, while passenger space remains adequate for five adults to travel comfortably.

Joining Kia’s line-up at a pivotal time for electrification, the Sportage is offered with an array of powertrains to suit differing needs and budgets. At the entry level, there’s a pair of regular petrol and diesel engines with a manual transmission. Mild hybrids are also offered, with a seven-speed automatic.

The big news for fleet customers, however, is the introduction of hybrid and plug-in hybrid variants. As the new Sportage shares its plaform with the recently-launched Hyundai Tucson, it’s unsurprising that the two electrified units are used in both.

The hybrid develops 230PS and is expected to have CO2 emissions from 125g/km, while the plug-in hybrid has a slightly more potent 265PS power output.

The latter is yet to be homologated, so final emissions figures are still to be confirmed. We’d expect at least a 30-mile range from the 13.8kWh battery, however, based on our experience with the Tucson.

So far, we’ve only tested the hybrid with all-wheel drive. Front-drive models are also available. The Sportage offers impressive refinement with minimal noise intrusion. It has direct steering, which is well weighted and feels competent in the bends. The ride errs on the firm side, giving a sportier feel in our GT Line S test car with 19-inch wheels. We’d expect lower grade models to feel a tad more comfortable. 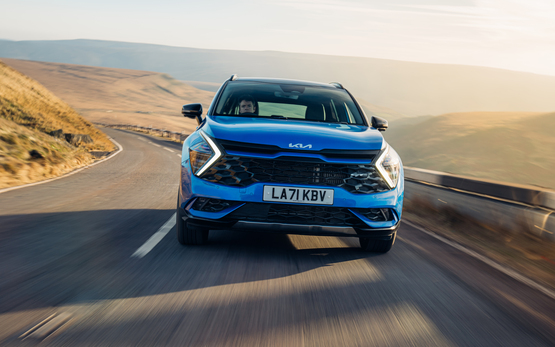 The entry-level 2 grade comes reasonably well equipped, but is only available in conjunction with the basic petrol and diesel engines. The GT Line provides the large 12.3-inch touchscreen plus sporty styling tweaks and the full range of engines.

Most Sportage customers are expected to opt for the 3 grade and above, which comes with the twin wraparound display setup, heated seats and steering wheel, keyless entry and adaptive cruise control.

In a market flooded with choice, the new Sportage steps closer to its premium-badged rivals offering a higher degree of desirability without sacrificing its practicality.