"Compared with its Hyundai sister car, the EV6 has been tuned for better driver engagement." 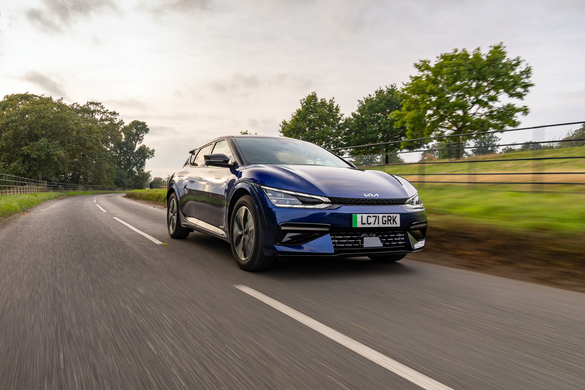 Change is afoot in the compact executive segment and, with a distinct lack of electric models from the sector stalwarts, newcomers such as Tesla and Polestar, along with rapid-rising Hyundai, are creeping in and capturing fleet customers with long-range, high-tech, affordable models.

The latest brand to join the craze is Kia. While it’s no stranger to electric cars, with two successful fleet models – the E-Niro and Soul – already available, its latest offering is set to take the brand to new heights and compete head-to-head with premium marques. 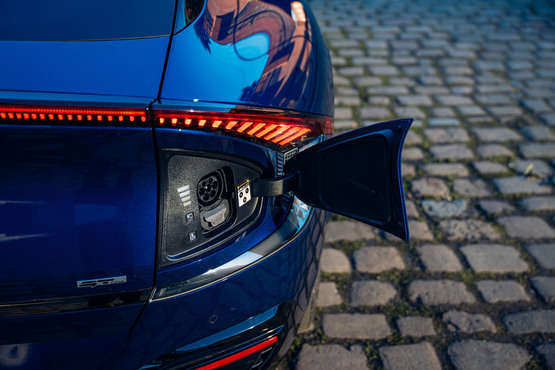 Inside, the EV6 provides an enhanced digital experience with two conjoined 12-inch displays mounted Mercedes-style at the top of the dash. A third digital touch panel integrates all the familiar climate and infotainment short keys, along with the all-important volume knob

The newcomer shares a platform with the recently launched Hyundai Ioniq 5, packing in a 77kWh battery for a WLTP range of at least 300 miles on all variants.

Impressive range is paired with rapid charging capability that sees the car replenish its battery from 10% to 80% in 18 minutes, when using a 350kW charger. A full charge on a 7kW home charger will take around seven hours.

There are two versions to choose from: a rearwheel drive single motor, known as RWD, and a twin-motor all-wheel drive, called AWD. The RWD version serves up 229PS and provides the greatest range, with a WLTP figure of 328 miles. AWD models, meanwhile, can cover up to 314 miles.

Despite weighing almost two tonnes, the EV6 RWD completes the 0-62mph sprint in around seven seconds, which should be more than adequate for the majority of drivers of compact executive vehicles. There’s a decent surge when you call for more power, thanks to the instant deployment of the motor’s 350Nm of torque.

Driveability is about more than just acceleration, however, and in a segment led by the BMW 3 Series, the EV6 can’t afford to disappoint. We’re pleased to say it does not. Compared with its Hyundai sister car, the EV6 has been tuned for better driver engagement. Its suspension is firmer, and Kia’s engineers say they have calibrated the chassis to be “a bit more fun”.

That doesn’t come at the expense of ride comfort though. If you avoid the 20-inch wheels on the range-topping model, the EV6 is smooth and comfortable. Wind noise is well isolated too, with nothing but a little tyre rumble to break the silence. 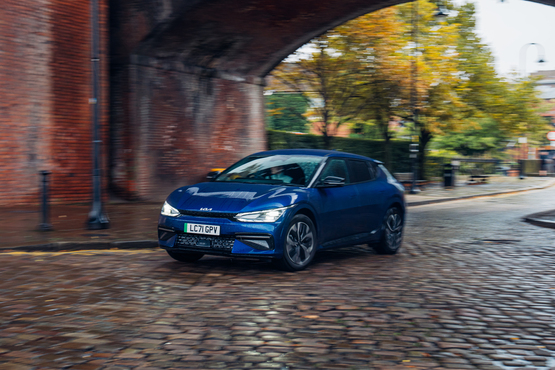 While range, performance and handling are all important, cost will really determine the EV6’s fleet viability. A £40,000 Kia might have seemed like a ridiculous proposition 10 years ago, but today the EV6’s starting price of £40,945 seems perfectly reasonable given its capability.
Sure, drivers will have to do without a German premium badge – a sticking point for some, no doubt – but, in all other respects, the EV6 hits the mark.

So far, the initial order bank shows the majority of fleet customers have opted for the range-topping AWD GT-Line S model, costing £51,945 – a clear sign of changing times.

All the gadgets and features you’d expect from a premium badge car are present and correct. There’s a semi-autonomous adaptive cruise control and lane-keeping system, a high-end Meridian stereo, heated seats, keyless entry and LED headlights.

Features you won’t find on the likes of a 3 Series include ventilated front seats, a remote autonomous parking system and the ability to run an electric appliance, or even charge another EV, from the EV6’s battery.

There’s only one problem Kia has to contend with and that’s supply. Ahead of the car’s launch Kia had already accepted 1,500 pre-orders, taking up its full allocation for the year – so there’s no shortage of demand, and that’s before anyone had even driven it.

The EV6 is definitely one to watch, but, while volumes remain restricted, it’s likely to remain a rare sight on the road.