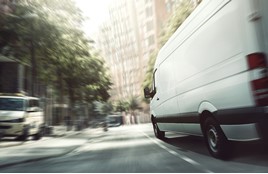 The European Transport Safety Council (ETSC), together with a coalition of organisations, has written to all 27 EU Transport Ministers and Industry Ministers expressing concern that the technical requirements for speed limiters are not strict enough.

The European Union agreed last year that all new cars, vans, lorries and buses should be fitted as standard with a range of new vehicle safety technologies, including Intelligent Speed Assistance (ISA) - an overridable system that helps drivers keep within the legal speed limit by providing feedback on the accelerator when the limit has been exceeded.

At an expert meeting held online on November 9, 2020, to discuss updated draft technical specifications for the ISA system, the European Commission presented a range of possible options for ISA, including a system that would use a series of audio beeps when the speed limit is reached, rather than direct feedback on the accelerator.

Officials from France, Germany, Italy and Sweden said they supported the proposals.

Swedish, together with German officials, signalled that they would like to see a less invasive speed limit information function as an option instead of ISA.

TRL, the UK Transport Research Laboratory, which carried out analysis for the European Commission’s original proposals, have estimated that fitting a speed limit information function instead of an ISA system would lead to 1300 extra deaths a year in the EU.

Antonio Avenoso, executive director of ETSC said: “Intelligent Speed Assistance technology, if implemented in the right way, could be as important for road safety as the seatbelt, which, as everybody knows, was invented in Sweden. We would like to see every EU Member State, but especially road safety leaders such as Sweden, supporting, not harming, efforts to raise minimum vehicle safety standards in Europe.”

ETSC says the best available options for ISA are either “haptic feedback”, which uses increased resistance on the accelerator pedal, or a “speed control function” which limits engine power automatically when the legal speed limit has been reached.