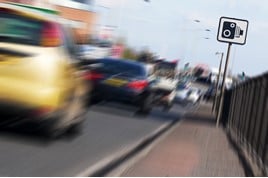 From 2022, new minimum vehicle safety standards in the European Union are expected to include the fitment of Intelligent Speed Assistance (ISA) devices.

ISA uses GPS data and traffic sign recognition to locate the vehicle and the current road speed limit to prevent the driver from speeding. However, it can be overridden by accelerating hard, for overtaking manoeuvres, or deactivated by the driver using an override switch.

The ETSC says that the proposed draft delegated act, published in June, would allow carmakers to fit a much less effective system than the one envisaged during the preparatory stages of the legislation passed last year.

Instead of requiring the use of a system that assists with speed compliance through feedback on the accelerator itself or by cutting engine power, the European Commission’s draft delegated act proposes also allowing cascaded acoustic warnings.

In a letter to the Member States’ Representatives in the Motor Vehicle Working Group (MVWG), the ETSC and its coalition said ISA systems should not rely on an audible warning as it is likely that drivers will deactivate the system due to annoyance.

It also outlines that the system should not be easily switched off and total deactivation should require the vehicle to be stationary.

Concerns about the accuracy of the speed limit detection element of ISA systems was also raised in the letter, which can be viewed here.

The European Commission will discuss the draft delegated act with member states on October 8.