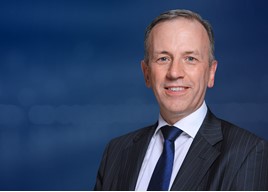 A statement issued by the Groupe PSA-owned car brand said that former Nissan GB managing director, Willcox, had been leading Eurasia since July 2019 but would assume his new post on February 1.

Norman will succeed Xavier Duchemin in his new role two years after joining the Luton-based brand in February 2018, six months after its acquisition by French car manufacturer Groupe PSA.

He joined Groupe PSA in May 2014 as chief marketing officer and was appointed senior vice president, chief sales and marketing Officer in 2016.

Norman previously held senior management positions in a number of global car companies including Renault, Fiat and Volkswagen with a strong focus on sales and marketing.

He said: “I have spent three fantastic years with Vauxhall, working hard with the best teams of people that I have met in my career and in quite the most unique and misunderstood car and van market in the world. It is with great pride that I hand over to Paul Willcox for the next stage in Vauxhall’s Brand journey, British Brand since 1903!”

Willcox will take up his new role as the brand brings a number of new models to market, including the Mokka, Crossland and facelifted Insignia.

How are fleet manufacturers meeting the challenges of Covid-19? Vauxhall responds

Fleet News surveyed major manufacturers to find out how they were responding to the coronavirus pandemic. This is Vauxhall's response.

Vauxhall has opened the order books for its facelifted Crossland compact SUV, with prices starting from £19,060.

Vauxhall is the latest manufacturer to face claims that some of its diesel engines were fitted with emissions ‘cheating’ devices.