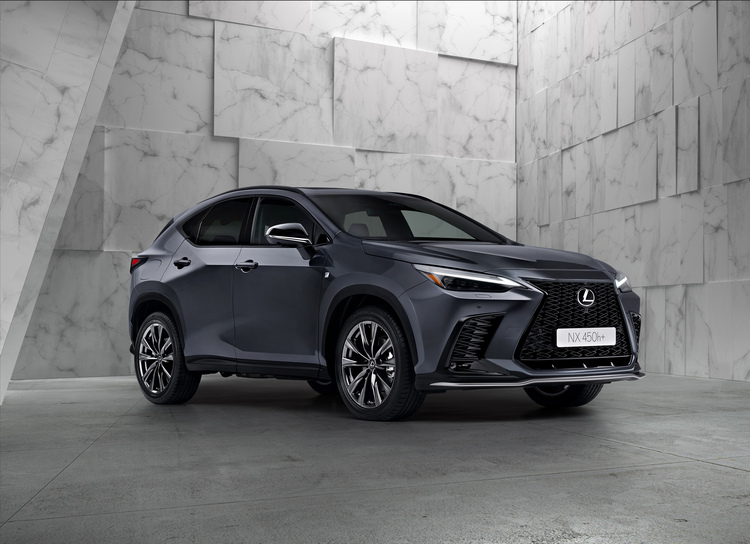 Lexus has revealed a new version of its best-selling car, the NX crossover, which comes with a plug-in hybrid (PHEV) powertrain for the first time.

It’s due to arrive in the UK in the last quarter of 2021 with a larger footprint that its predecessor and a new cockpit design for the brand.

Overall length has increased by 20mm, the wheelbase by 30mm, the width by 20mm and the height by 5mm. Lexus says this benefits rear-seat passengers with “notably more space”.

The NX is the first model to feature Lexus’s “Tazuna” cockpit design, which curves round from the driver’s door to the centre console, with key controls and displays grouped in a unified area so they can be read with minimal eye and head movement.

A new e-latch electronic door release system also debuts on the NX, replacing the familiar internal door handle with a push-button switch next to the arm rest in the door panel. A Safe Exit Assist system can prevent the door from being opened if there is a vehicle or cyclist approaching.

Two powertrains are billed for use in the new NX. The first is an evolution of the existing petrol hybrid, known as the NX 350h. It develops 242PS, a 22% boost, while CO2 emissions are expected to be around 10% lower.

The NX 450h will be the first Lexus PHEV, using the 306PS powertrain that is used in the recently-launched Toyota RAV4 PHEV. It is paired with an 18.1kWh battery and is expected to offer a zero-emission range of 40 miles.

Inside, a new infotainment system, Lexus Link Connect, uses a 9.8-inch central touchscreen and benefits from an all-new platform. Higher-grade models will feature a 14-inch display.

Driveability is also said to be improved on the latest NX, thanks to a new suspension and a lower centre of gravity.

The new NX will go on sale towards the end of the year, pricing and specifications will be revealed closer to the time.

Having introduced hybrid technology across the majority of their model ranges, Toyota & Lexus are further expanding their powertrain choices in 2021.

Lexus will launch an updated version of the ES saloon before the end of 2021.

Toyota has added an entry-level Design grade to the RAV4 plug-in hybrid (PHEV) line-up, reducing the starting price for the car to £46,440.