Toyota Rav4 PHEV review | one of the best, but it comes at a price

"This could very well be the best plug-in hybrid powertrain available." 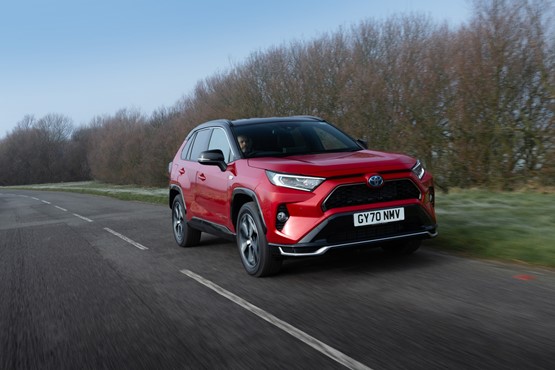 Toyota has more experience of hybrid powertrains than any other carmaker and it only takes a few minutes behind the wheel of the new Rav4 plug-in hybrid to realise the benefits of that.

Utilising a similar hybrid system to a ‘normal’ all-wheel drive Rav4, with electric motors powering both axles and a 2.5-litre petrol engine, the plug-in benefits from a much larger 18.1kWh battery, which has enabled Toyota to boost the car’s output to 306PS.

What results is both the most efficient and fastest Toyota RAV4 ever.

In developing the new model, Toyota engineers have attempted to resolve some of the common issues with plug-in hybrids – including terrible fuel consumption when it’s not running on electric. 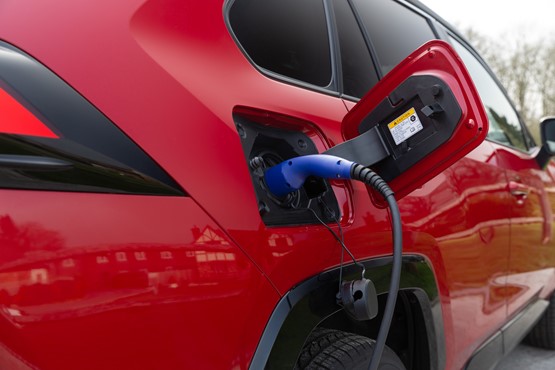 As the Rav4 PHEV, like the hybrid, is mainly driven by its electric motors, the engine is able to fire up and charge the battery at lower revs, rather than having to haul the car around.

Engine power is only directed to the wheels when you really call for maximum performance. This means that, in real-world driving, the PHEV should be able to return at least 50mpg when it’s not got a charge. The official figure is 282mpg, but achieving that would require regular charging and trips that enable maximum use of the battery’s range.

Another benefit of the system is the simplicity with which it is controlled. There’s the usual EV, Charge and Battery hold options, but also an Auto setting, where the car chooses the best deployment of petrol vs electricity.

When the battery is charged, drivers should be able to comfortably achieve 38-40 miles of mixed driving before the petrol engine is required.

In its latest generation,the Rav4 has taken a step up in terms of luxury and refinement, with an interior fit and finish worthy of the premium sector. As the majority of drive comes from the electric motors, there’s not much engine noise. 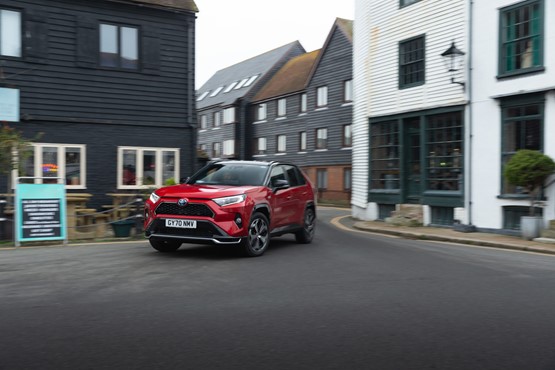 When it comes to performance, how does zero to 60mph in six seconds sound? Not what you’d expect from a Toyota crossover and, unlike some of the other high-powered hybrids, the Rav4 PHEV deploys its power exceptionally well. It feels like there is just one powerful engine, not three separate sources. When you ask for speed it delivers and the power builds nicely, rather than surging and diminishing.

With the EV range down to zero the performance doesn’t falter. So drivers can always expect the car to react in the same way.

This could very well be the best plug-in hybrid powertrain available. But, that brilliance comes at a price. With only two highly specified trim options, the Rav4 PHEV starts at £47,340 making it about £10,000 more expensive than a Ford Kuga PHEV or a Mitsubishi Outlander, pushing it into
bandings for only the highest earners.

On the premium side, the Rav4 is cheaper than a BMW X3 or Volvo XC60 plug-in, but doesn’t quite offer the same badge appeal, despite its capability.