Daimler was not fined, as it revealed the existence of the cartel to the Commission. 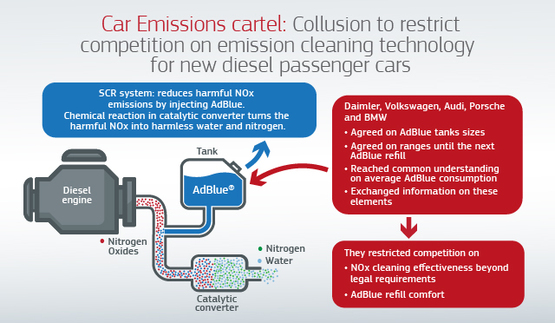 During these meetings, and for more than five years, the car manufacturers colluded to avoid competition on cleaning better than what is required by law despite the relevant technology being available.

Daimler, BMW and Volkswagen group reached an agreement on AdBlue tank sizes and ranges and a common understanding on the average estimated AdBlue-consumption. They also exchanged commercially sensitive information on these elements.

Executive vice-president of the Commission, Margrethe Vestager, said: “The five car manufacturers possessed the technology to reduce harmful emissions beyond what was legally required under EU emission standards. But they avoided to compete on using this technology's full potential to clean better than what is required by law.

“So today's decision is about how legitimate technical cooperation went wrong. And we do not tolerate it when companies collude. It is illegal under EU Antitrust rules. Competition and innovation on managing car pollution are essential for Europe to meet our ambitious Green Deal objectives. And this decision shows that we will not hesitate to take action against all forms of cartel conduct putting in jeopardy this goal.”

Green group Transport & Environment (T&E) believes that in the wake of Dieselgate, this latest scandal shows car manufacturers "cannot be trusted" to put people’s health and the climate before profit.

Julia Poliscanova, senior director for vehicles and emobility at the organisation, said: “Carmakers cannot be trusted to clean up cars. First they cheated on emissions tests, then they colluded to delay cleaner vehicles even though they had the technology. Only an EU target to switch to 100% emissions-free cars by 2035 will be enough to decarbonise by mid-century and avoid climate catastrophe.” 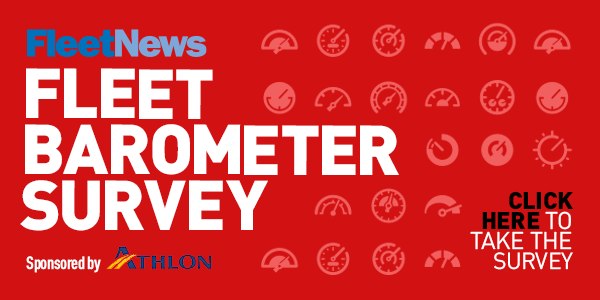 What are your priorities in fleet? How do they compare to other fleets? What is changing in the sector?

Fleet News is here to help you get a clear picture of what is happening in the market - and how you can adapt.

To provide the certainty - or the guidance - you need we've launched the Fleet News Fleet Barometer survey.

We'll publish the results and analysis in August.

Contribute to our survey

Renault is being charged for emissions cheating by French prosecutors, following an investigation that started in 2017.

Peugeot charged with fraud for diesel emissions in France

Peugeot has been charged with fraud by French authorities, following a diesel emissions probe into vehicles sold between 2009 and 2015.