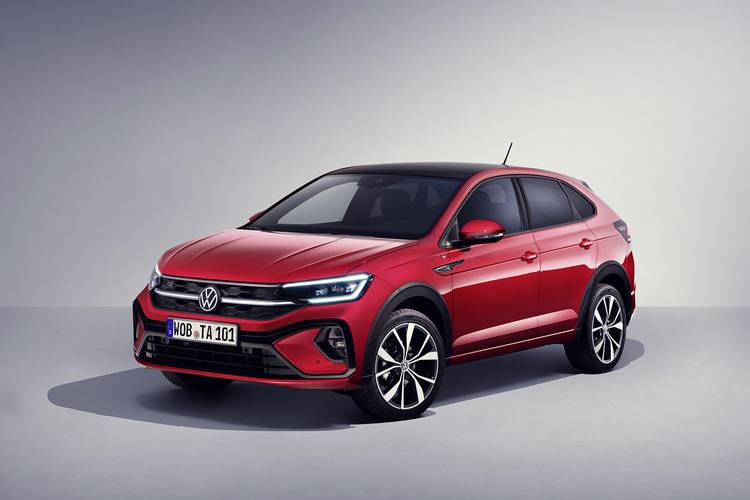 Volkswagen has launched a new compact crossover to sit between its existing T-Cross and T-Roc models that will go on sale later this year.

The Taigo is based on the same platform as the Polo and has similar dimensions to the Nissan Juke.

It has been on sale in South America, badged as the Nivus, for the last year.

The rear of the car slopes backwards in the style of a coupé, unlike VW’s other SUVs, giving a “powerful, sporty appearance”.

It offers a similar amount of boot space to the T-Cross, with 438 litres of luggage capacity.

The Taigo’s interior is closely related to that of the recently facelifted Polo and comes with VW’s latest infotainment system and a digital instrument cluster.

Pricing and specifications are yet to be confirmed.

We once tagged the T-Roc SUV as ‘boring’, but the T-Roc convertible is quite the opposite.

Volkswagen has upgraded its electric vehicle (EV) sales ambition with a new pledge that 70% of the cars it sells in Europe will be fully electric models by 2030.

Volkswagen has expanded the ID3 line-up with a new Pure Performance variant, which uses a smaller 45kW battery.