"Passenger space is ample, even in the back. Although it’s worth pointing out there are only two rear seats, rather than the usual three." 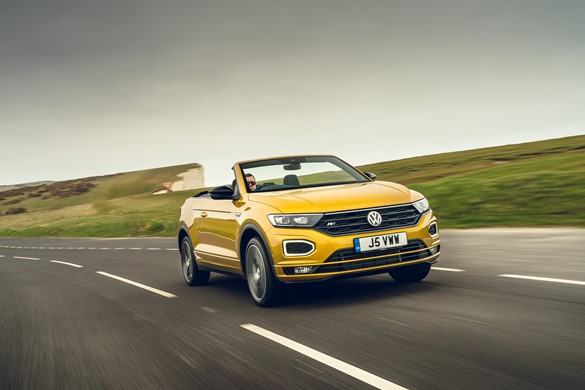 It’s fair to say that the Covid-19 pandemic may change the shape of the company car parc somewhat, as many businesses switch their workforce from office- to home-based working.

At the same time, more meetings are taking place electronically, meaning company cars are  likely to be used less in future.

Some drivers may choose to exit the company scheme as a result, but to continue to attract those who enjoy the benefits of a company car, it may be necessary for choice list compilers to expand the options to include cabriolets.

Last year, fleet customers took delivery of about 7,500 convertibles and there’s every chance that number could increase as more user-choosers find themselves with fewer business miles to cover. 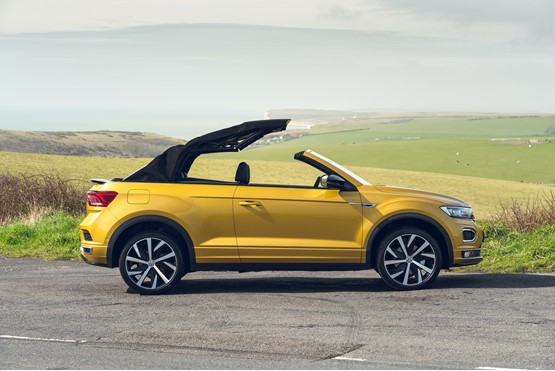 Enter the VW T-Roc Cabriolet. Yes, it’s a convertible SUV. But wait, before you turn the page, consider this – the running costs for the Cabriolet are about the same as a run-of-the-mill Nissan Qashqai.

It doesn’t cost the driver any additional tax, either. What they get is a practical-ish SUV, that is safe, well equipped and cheap to run but they can also drop the roof and enjoy driving something a little bit different.

VW is convinced that the T-Roc is the way forward for convertible drivers. It axed the Beetle convertible last year, the Eos is a distant memory and the Golf convertible is rumoured to not be making a reappearance.

When we tested the T-Roc SUV for six months last year we found it to be a well-built and easy-to-live-with compact SUV, but we criticised it for being a bit boring. The T-Roc Cabriolet, however, is anything but.

All versions (Design or R Line) get sensible features such as sat-nav, parking sensors and adaptive cruise control as standard. 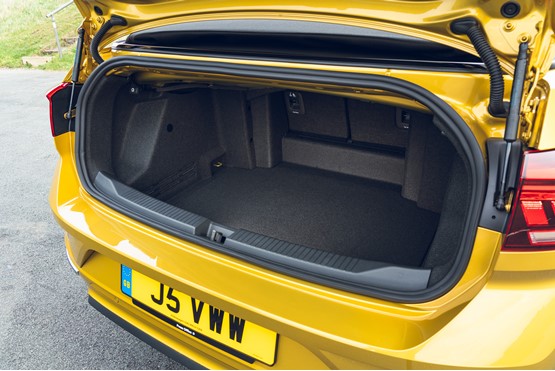 The boot isn’t particularly big at 284 litres, but you can fold the rear seats for larger items or, of course, open the roof for really large items.

Passenger space is ample, even in the back. Although it’s worth pointing out there are only two rear seats, rather than the usual three.

Dynamically, the T-Roc, like any convertible version of a regular car, isn’t the sharpest. The R Line model we tested had extremely firm suspension, which mitigated some of the body roll but made the ride uncomfortable on anything but the smoothest roads.

With the roof up, the T-Roc still feels spacious inside. It’s fairly quiet too, although it wouldn’t be a great choice for someone that regularly does long motorway trips as the wind noise at higher speeds is more intrusive than in a normal T-Roc.

A convertible crossover doesn't seem a particularly obvious choice, especially for a fleet driver, but it's fun and as we exit the Coronavirus pandemic we need a bit of that - just make sure you order it in yellow.