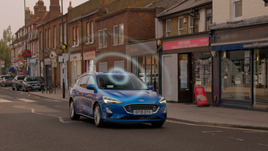 Ford and a UK Government-funded consortium have developed technology to predict traffic incident locations based on data from connected vehicles, roadside sensors and accident reports.

The new ‘RoadSafe’ technology uses a smart algorithm to crunch anonymised data from sources including connected vehicles, roadside sensors and accident reports to pinpoint where there is a higher chance of traffic incidents occurring.

This information can then be displayed on a map that identifies the level of risk and could also be used to warn drivers of hotspots.

Jon Scott, City Insights project lead for Ford Mobility Europe, explained: “There are areas in every city where the chance of an incident is higher, whether it’s due to a poorly placed sign, an unrepaired pothole or junctions built to accommodate far less traffic than we have today.

“Ford can pinpoint the areas of concern, so drivers could be made more aware of them and authorities can address them.”

RoadSafe is the culmination of four years of research by Ford, including most recently a 20-month Government-funded project conducted together with Oxfordshire County Council, Loughborough University and AI sensor specialists Vivacity Labs, with support from Transport for London (TfL) and backing from Innovate UK.

The research began with an analysis of Greater London to highlight road safety hotspots and to identify the potential causes and safety mitigations.

In the past 15 months, the research expanded to Oxfordshire, with more than 200 passenger and commercial vehicles voluntarily connected in London and Oxfordshire.

The data enabled the team to develop a ‘Road Segment Risk Rating Heat Map’, which identifies stretches of road that are of particular concern. 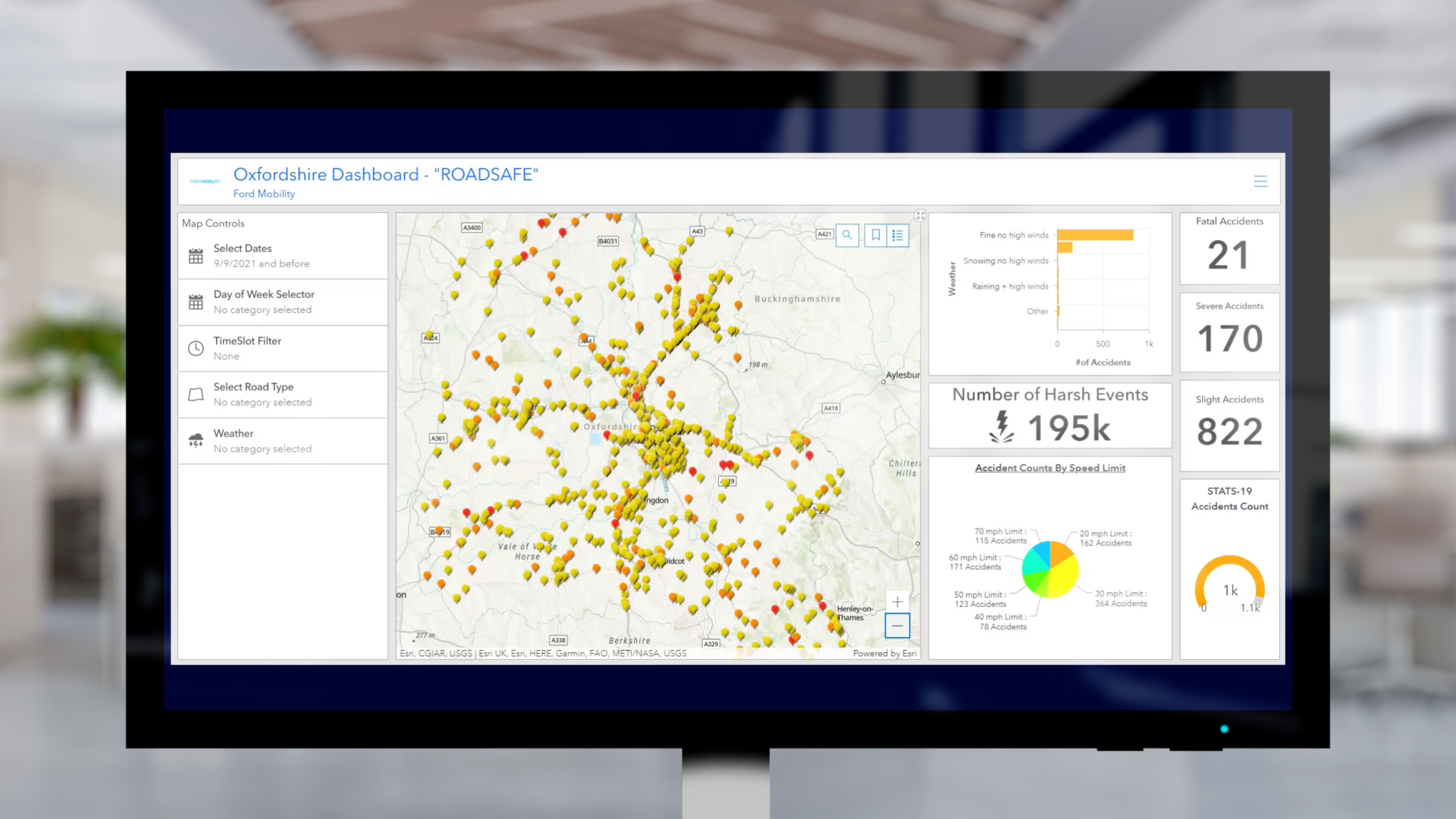 It includes various layers of data, including historic accident data and a ‘Risk Prediction’ rating algorithm for each road segment based on a range of data inputs, calculated using advanced data analytics techniques.

The Road Segment Risk Prediction rating uses colours to show where incidents are more likely to happen, with red having the highest risk level and yellow the lowest.

To gather the data, the connected vehicles record driving events, including braking, steering and accelerating, while Vivacity’s road-side sensors track the movements of different modes of transport.

The sensors employ machine-learning algorithms to detect near-miss incidents and analyse movement patterns of vulnerable road-users such as cyclists and pedestrians, as well as non-connected vehicles.

All data shared by the sensors is anonymised with video feeds discarded at source, enabling safer roads without intruding on privacy.

Combining vehicle and sensor data can help identify a wide variety of hazards such as places where vehicles pass too close to cyclists; a poorly located bus stop causing traffic to become congested; and badly designed infrastructure such as a roundabouts and junctions causing confusion and near-misses.

For businesses and fleets, the RoadSafe algorithm could be used to optimise driver routing to detour away from particular problem areas, or warn drivers when they are in riskier areas, reducing potential down time resulting from incidents, says Ford.

In the future, such technology could also benefit passengers riding in autonomous vehicles. Combining the on-board sensors of the vehicle with a digital tool could help them anticipate hazardous situations even earlier and therefore adapt their operation accordingly.

Seven police forces have already either tested or requested an evaluation of the Ford Mustang E-Mach police car concept.

Ford and Volvo have confirmed their attendance as exhibitors at this year’s Fleet & Mobility Live event.

Ford has revealed an updated version of the Fiesta, which is due to arrive in early 2022, priced from £16,620.