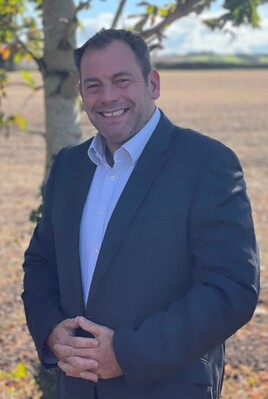 The fleet industry is experiencing the worst new vehicle supply problems in a generation, according to EV salary sacrifice and fleet management firm Fleet Evolution.

Andrew Leech, the company’s founder and managing director, said the current situation was “the worst I’ve known in my 20-plus years in the automotive industry”.

He added: “Due to the supply issues, we are facing unprecedented increases in daily rental rates. We work with most of the major rental providers and they are putting their rates up by as much as 60% on all plug-in hybrids and battery electric cars.

“Rental lead times are going from hours to days and even weeks in some cases. It’s a case of supply and demand and, with very limited supply, suppliers are increasing prices by levels I would not have thought possible only a short time ago.

“This is having a major knock-on effect for drivers who are keen to switch into electric cars at this moment in time. Firstly, there is very limited supply of certain EVs with longer and longer lead times, due mainly to the global shortage of semiconductors.”

As a result of the war in Ukraine, Leech said that lead times for models such as the Volkswagen ID3, ID4, ID5 and Audi Q4 e-tron - parts for which are manufactured in Ukraine - have gone “off the scale”.

The Society of Motor Manufacturers and Traders said registrations were down 25.9%, in March, on pre-pandemic levels, as vehicle supply remains constrained by semiconductor shortages.

Some fleets are looking at different brands to electrify the vehicles they operate sooner rather than later, according to FleetCheck.

Peter Golding, managing director at the fleet software specialist says that it has resulted in several manufacturers, which previously had low or non-existent fleet profiles, gaining ground in the corporate market.

Leech explained that, in "normal" times, fleets could turn to rental suppliers to fill gaps while waiting for a new vehicle.

Due to rate rises, Leech said some electric models are being quoted at £950 a month.

“There is no easy solution to any of this,” he added. “At Fleet Evolution, we are in favourable position because of the way our salary sacrifice schemes are set up and the fact that we self-insure.

“That means that when an EV comes back from a customer for reasons such as redundancy or leaving the business, we are able to reallocate it to another driver, even at another customer.

“This is not the case with some of our competitors whose insurance cover means they have to sell the car when it’s returned to them. We are able to retain returned cars, even though we could probably sell them at a profit because of the way resale values have risen, and pass them on to our customers who are desperately waiting for new EVs.”

Despite the problems, Fleet Evolution is enjoying a ‘frenetic sales period, the busiest in the last 10 years due to high demand for electric cars, according to Leech.

A shortage of wiring harnesses due to the conflict in Ukraine has overtaken the semiconductor crisis as the biggest supply chain problem for Volkswagen.

The BVRLA will host a webinar to discuss the ongoing vehicle supply issues affecting the rental and leasing sector.