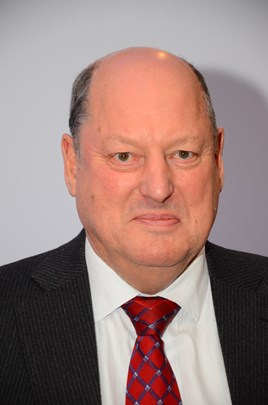 Glenn Sturley (pictured) has been appointed chairman of the Vehicle Remarketing Association (VRA), following the retirement of John Davies, who led the association since its inception seven years ago.

Sturley has been in the motor industry for 40 years and was remarketing director at Lex Autolease for 14 years. He has been a director of the VRA since the association was formed in 2010 and was previously the deputy chairman. He has been succeeded in that role by Sam Watkins who is the director of sales and marketing at Bruntingthorpe Automotive Solutions. Watkins has more than 20 years of motor industry experience and was elected to the VRA Board in 2015.

Sturley said: “During his tenure as chairman, John Davies provided great leadership, plus the vision and guidance required to build our association from scratch, The VRA has always punched above its weight and provides an authoritative and influential voice for this hugely important part of the automotive industry.

"On behalf of the directors and members of the VRA, I would like to thank John for his significant contribution and I’m delighted that he has also agreed to remain as a director of the association going forward.

"I’m also delighted that Sam Watkins has agreed to take on the role of deputy chairman. She is a very capable person and a great ambassador for our industry. Her hands-on style will be a major benefit to us, as we seek to grow the VRA and add further value to the membership.”