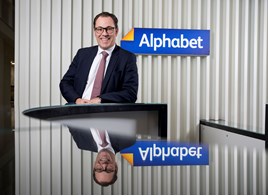 Alphabet GB has appointed Stefan Oswald to its UK executive team as chief financial officer, replacing Albert Vissers, who has returned to the company’s operation in the Netherlands.

Oswald joins from the BMW Bank GmbH in Munich where he was global head of asset risk for five years, responsible for managing residual value risk worldwide. Prior to this, he was chief financial officer for BMW Financial Services Switzerland from 2005 to 2009, followed by a spell in the equivalent role at BMW Financial Services Scandinavia between 2009 and 2012. Born and educated in Switzerland, Oswald speaks three languages and spent an earlier part of his career as an Audit Manager at PriceWaterhouseCoopers UK in London.

Oswald commented: “When I was offered the opportunity to move from my role at BMW Bank in Munich, I jumped at the chance. In my previous roles around Europe, I have had significant involvement with the Alphabet operations in Switzerland, the Nordic Region and worldwide via our International Headquarters in Munich. There has naturally also been some cross-over with my previous responsibility for global Asset Risk.

"But moving to the UK - which is Alphabet’s original and largest market - where the leasing and fleet management business is so well-developed, dynamic and fast-paced it feels like joining the ‘Champions League’. The leasing and mobility industry is more competitive, more advanced and customer focused than almost any other area of automotive finance, so I’m relishing the challenge. As a commercially-focused chief financial officer I’m looking forward to being part of Alphabet’s leadership team in the UK."