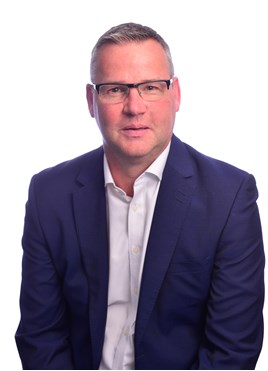 Dennis initially joined the business in 2003 as a key account manager and most recently was head of finance. In his new role, he will lead the continued expansion of the company in the UK and will report directly to Chris Wright, managing director.

Wright said: “John has played a crucial role in the ongoing success of Cap HPI for almost 15 years. In his new role, he brings a wealth of expertise to developing the business nationally during an unprecedented period of change in the automotive sector.

“His promotion is a prime example of how we are continually investing in our people and technology to ensure we deliver valuable insight and new tools to the industry.”

In a former post as national sector manager, he led the finance sales function and played a key role in supporting the company’s continued growth. Dennis will oversee an expansion of the sales team at Cap HPI as the data and technology business expands into new markets.

He said: “I’m relishing the challenge this new position brings and also the prospect of building on the outstanding performance of the sales division over the past few years.

“With market-leading technology and exciting data products and services in the pipeline, combined with working directly with the sales sector heads, the plan is to remain on track to deliver a strong revenue performance for next year and beyond.”

Analysts from Cap HPI have briefed bank staff on the current condition of the UK new and used car markets.

Cap HPI has doubled the size of its data and product development teams to meet future demand.