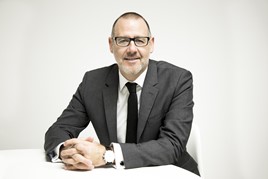 Rawdon Glover has replaced Jeremy Hicks as managing director of Jaguar Land Rover, as part of a global restructure.

“There is so much opportunity to take advantage of with the advent of our electric revolution alongside the introduction of exciting new vehicles and continued development of our retailer network. I can’t wait to get started,” said Glover.

He has held senior director roles in the Volkswagen Group in sales, marketing, aftersales in the UK and overseas markets, as part of a 19-year automotive career. He joined Jaguar Land Rover in 2013 and for the last five years has held the position of global director for services.

Hicks added: “It has been a privilege to help shape the future of Jaguar Land Rover in its home market during such a strong phase of growth and positive change. We have achieved so much over the past six and a half years and I have had the honour to work with a first-class team.”

He will be responsible for leading network development and standards, the Jaguar Land Rover network training academy and all revenue streams, including fleet, business and approved pre-owned vehicle sales.

Fleet decision makers will be able to get behind the wheel of key fleet models from 26 major brands at this year’s Company Car In Action (CCIA).