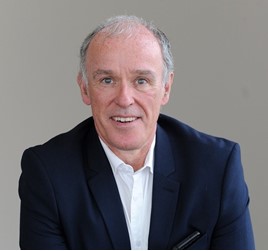 Long-serving ACFO director and chairman, John Pryor, will officially stand down from the ACFO board at the 2019 AGM, which will be held on June 12.

He has served on the board since 2006 and was re-elected at last year’s AGM to serve a further three-year term.

However, he has now decided to resign from the fleet representative body as he nears retirement from his job as fleet and travel manager at Arcadia Group.

Pryor said it was with “great sadness” that he was standing down from the board and chairmanship of ACFO, but added: “I am taking retirement from Arcadia after 30 years so will no longer be involved on a daily basis in the world of fleet operations or the growing strength of mobility. It therefore seemed to me to be inappropriate to continue as both a director and chairman.”

The chairman of ACFO is elected annually and Pryor has held the post since 2014. He has been an ACFO member through Arcadia Group since 1993.

His decision to resign from the ACFO board and Phil Redman’s decision to retire as an ACFO director at the end of 2018 means the organisation is seeking two new directors to be elected to the board at the AGM. Stewart Lightbody, head of fleet services at Anglian Water, was co-opted on to the board to replace Redman.

ACFO has a six-strong board, including: present deputy chairman Caroline Sandall, director ESE UK Consulting and a former fleet manager at Barclays Bank; Debbie Floyde, group fleet and risk and facilities manager, Bauer Media; Denise Lane, head of group fleet at Capita; and Richard Baird, new business development director at Marshall Leasing. By three-yearly rotation, Baird is due to stand for re-election to the board at the 2019 AGM.

Pryor continued: “There is so much changing in our industry that a body like ACFO, which changes and adapts, is needed more than ever.

“Fleet management is changing at a pace never seen before and the arrival of Mobility-as-a-Service, ‘big data’ and vehicle connectivity, plug-in vehicles and the eventual arrival of autonomous vehicles deliver new challenges for fleet managers to embrace in addition to established, but ever-changing ones, around taxation and legislation.

“Therefore, I believe that ACFO requires its chairman and directors to be actively involved in fleet on a full-time basis both to promote the organisation and its members’ views and promote fleet management as an industry and a career.”

Pryor, who will leave Arcadia on August 31 and commences his retirement with a three-month tour around the United States of America with his wife Anne, added: “I would like to thank all past and present ACFO members for the support they have given me over many years.

“Networking and learning from each other is one of the many benefits that ACFO offers its members who, as fleet managers, frequently, function in a silo within their respective organisations.

“I have loved every minute of my time with ACFO over more than 25 years and learned so much. I would encourage everyone who has fleet responsibility in whatever size of fleet to join and support the organisation, which I wish well for the future.”

Pryor, who will celebrate his 60th birthday in November, concluded: “Following our United States trip, Christmas and the New Year at home I will decide what I want to do next regarding any work.”

ACFO will hold a members’ ballot to elect three directors with the result being announced at the AGM. Following the AGM, the new six-strong board will meet to elect a new chairman.

The seminar - Another Year of Evolution - is being held on Wednesday, March 27, at the British Motor Museum, Gaydon, Warwickshire.

Fleet decision-makers are being urged to attend ACFO’s spring seminar next Wednesday (March 27) to gain clarity on a number of topical issues.

Fleet operators are tackling a “forest of fires” thanks, in part, to the Government being unable to set the agenda because of Brexit, says ACFO chairman John Pryor.