Rivus Fleet Solutions has named a trio of new appointments to support its customer operations.

The company has announced Colin Mills will join as its chief financial officer. Previously, Mills has worked across private equity and corporate/PLC roles for over 30 years, across sectors including infrastructure, electric vehicles (EVs) and logistics, Rivus said.

David Jones has also been appointed customer operations director at Rivus, where he will manage the customer journey through the Rivus operational teams.

Jones has spent the last three years working at Wolseley UK, most recently as operations director. His experience prior included working at Tyco and ADT Fire and Security. He will join the business on May 4, 2021.

Thirdly, Sarah Gray has joined Rivus from ALD Automotive, as its EV product and services development manager. Gray has been appointed to further develop the EV business strategy and has over 20 years of industry experience having worked in rental, leasing, accident management and fleet management organisations.

David Myers, CEO at Rivus, said “The company is going from strength to strength. These appointments will further enhance our business, customer operations and our wider EV strategy.

“Our customers will benefit from the experience and leadership that Colin, David and Sarah will bring to their respective areas of expertise.” 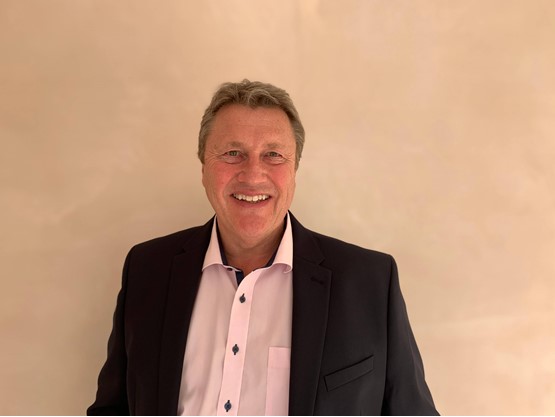 Lookers has confirmed the appointment of Andrew Hall (pictured) to the newly created role of business development director, effective immediately.

His new role will see him head up the group’s strategy on EVs and sustainability. The appointment follows a string of new appointments announced at the company earlier this month, including the appointment of Chris Whittaker as chief people officer and Paul van der Burgh as a non-executive director.

Lookers said the new role would further drive the Group’s growth strategy with a particular focus on EVs and the company’s wider sustainability credentials.

Duncan McPhee, chief operating officer at Lookers, said: “This new role will be crucial to the group’s future success in a rapidly changing landscape by challenging people and processes to optimise performance and achieve competitive advantages.

“A long-standing member of the Lookers team, Andrew lives and breathes our company’s values, making him the right person to lead us on this exciting next phase of our journey.”

Lookers described Hall’s as a ‘veteran’ of the company, having started working at Lookers as a trainee assistant in the VAG Oldham showroom and laterally working as a franchise director. 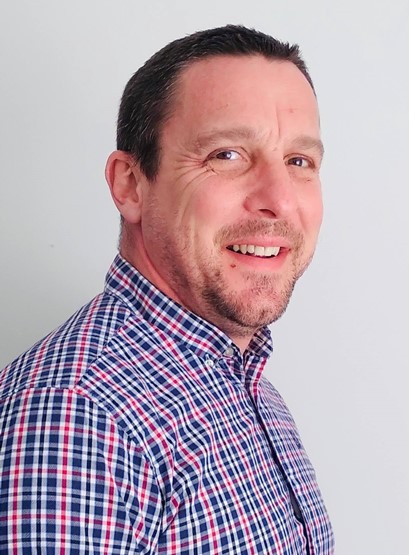 Adam Davies (pictured) has been appointed to the new role of key accounts manager at FleetCheck.

He will look after relationships with the company’s customers and play a key role in acting as a bridge between developers and users when it comes to future product creation and strategy, said FleetCheck.

Peter Golding, FleetCheck MD, said: “It’s a sign of the substantial growth that we have seen at FleetCheck in the last couple of years that we are now in a position to add a key accounts manager to our team.

“Adam is extremely experienced in fleet operations of all kinds and is already proving to be an asset to the company. We are very pleased to welcome him on board.” 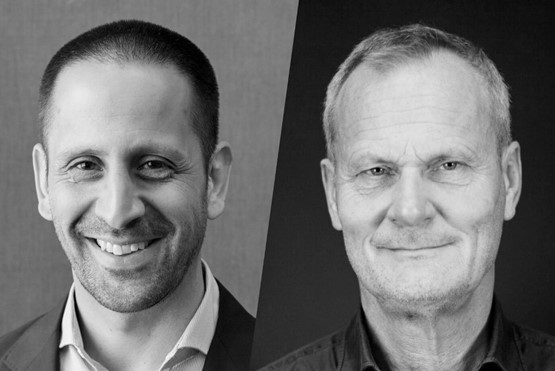 Volta Trucks has announced the appointment of its new chief executive officer and executive chairman, as it prepares to move ahead with the next stage of its corporate development.

Essa Al-Saleh has been appointed as chief executive officer of Volta Trucks AB and Volta Trucks as of April 12.

The electric commercial vehicle manufacturer said he is well known to the company having been its chairman of the board of directors since September 2020. Al-Saleh joined Volta Trucks from Agility Logistics where he spent 13 years as president and CEO.

Concurrently, Carl-Magnus Norden, founder of Volta Trucks, has been appointed as its executive chairman of the board of directors and will be confirmed at the company’s forthcoming AGM.

The company’s previous CEO, Rob Fowler, has stepped down for personal reasons and remains a shareholder of the company.

Norden said: “To have a person of Essa Al-Saleh’s calibre already within the company is testament to this. As chairman, he’s brought great benefits to me and the board, and I am very happy that we can now use his experience and ability as CEO as we continue to build on our exciting plans ahead.” 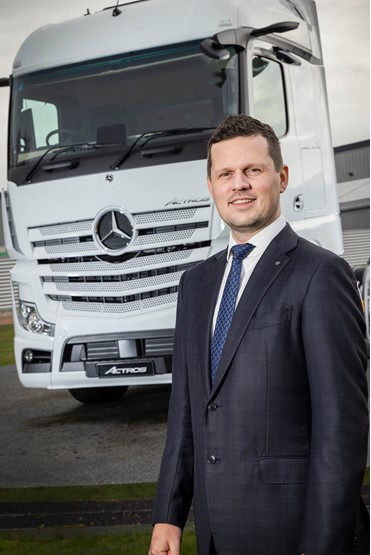 In his latest role, Davies was based at Daimler Truck AG’s regional centre in Dubai. Previously, Davies had worked for Mercedes-Benz Trucks in Middle East and North Africa for a decade where he was responsible for manufacturer and distributor sales operations in 19 markets.

Davies began his commercial vehicle career with Daimler Fleetboard in the Middle East.

He added: “We are fortunate in having a well-established Dealer network that continues to support the Mercedes-Benz Trucks brand through substantial investments in facilities, people and processes.

“The task now is to ensure that this commitment is rewarded through consolidation of our podium position in the UK market.”

The reduction in driving range electric vehicles suffer in cold conditions could lead to an increasing amount of seasonality in fleet usage, says FleetCheck.

Rivus plots course to be 'strongest player in the market'

After an initial focus on costs and processes, the company says ‘now is the time for growth’

The owner of Rivus Fleet Solutions has bought AutoRestore from Belron International for an undisclosed sum.