Fuel cards in the spotlight as fleets look for change 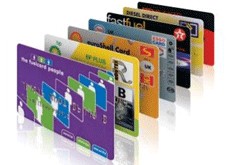 Nearly a quarter of fleets say they are currently reviewing their fuel card supplier, according to the Fleet Barometer.

Fuel payment is the biggest area of focus among fleets, with twice as many looking at their card suppliers as any other area, including manufacturers, leasing suppliers and accident management companies.

The research revealed that 23% of fleets plan to review their card supplier within the next six months, across both the public and private sectors. Between 12% and 13% of respondents are looking at changing their manufacturer, leasing company or daily rental company over the next six months.

The Barometer doesn’t identify which brand of fuel card companies currently operate, but the spike in companies looking to change comes hot on the heels of fleets threatening to find an alternative fuel card company after losing patience with Britain’s biggest provider.

FleetCor Technologies bought the Allstar fuel card business from BNP Paribas at the end of 2011 for £194 million.

As part of the acquisition agreement, it has been migrating 30,000 Allstar customers from the Arval system to the FleetCor processing platform.

The issues experienced by fleets were compounded by an announcement from Allstar that customers would have to pay extra for using its services after it introduced a ‘network service fee’.

The move is set to cost fleets thousands of pounds, with many claiming that the fees have been poorly communicated.

To coincide with the problems, several new fuel card propositions have been launched, including the RAC, spurring fleets to investigate alternatives.