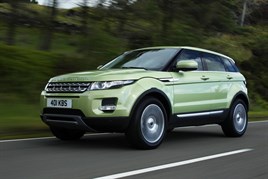 Value of high quality, well-specced three and four-year-old company cars with less than 50,000 miles on the clock will continue to rise, according to Manheim.

Andy Conde, Manheim’s general manager of auctioneers, said: “On the shopfloor I don’t see anything on the horizon that will drive down prices for top quality vehicles because there is a huge shortage of them.”

However, with fleets extending replacement cycles and moving from three years to closer to four years and mileages of ex-company car rising, marketplace changes must occur to maximise sale opportunities for such vehicles.

Conde says initially fleets must ‘up-spec’ vehicles at acquisition time to make them more attractive to used car buyers. And, secondly, used car dealers must change the mentality of buyers and explain to them the additional specification for the price being charged.

Additionally, there are marketplace anomalies taking place that are individual to specific models. For example, Conde highlighted that the arrival of the Range Rover Evoque had seen prices paid for the Land Rover Freelander fall significantly.

However, he added: “Evoque prices will reach a point where they will become too high for the market and attention will return to the Freelander with a resulting rise in prices.”

Figures obtained from Manheim reveal that consumer demand for smaller, more fuel efficient cars has broadly seen them retain more of their value as a percentage of list price. They also indicate that buyer value is to be had in larger cars, which as a percentage of price new have not replicated the surge that has been witnessed in smaller models (see charts).

Since dipping to a low in the second half of 2008 during the depths of recession and then peaking in Q3 2009, values through 2011 and 2012 have been broadly static in the small hatchback and lower and upper medium sectors.

Values have been more volatile in the fleet compact executive and executive sectors – although the trend is similar across both segments – recovering in 2009 from a low at the end of 2008; then after falls in the second half of 2011 a generally upwards curve.

But reflecting the so-called ‘new reality’ of the used car market, Conde said: “History used to tell us a lot about how vehicles would perform in the marketplace. But I don’t think past performance tells us anything now.”