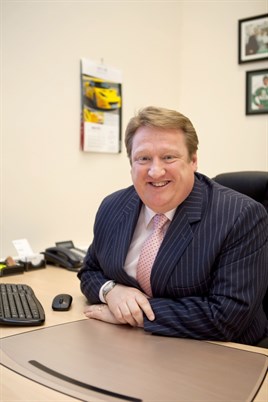 Privately-owned contract hire provider Motiva is targeting a place in the top half of the FN50 within the next four years.

It currently sits at number 31 but group chief executive Peter Davenport believes it can double its contract hire fleet size to around 7,000, which would potentially lead to 24th spot.

“It’s a bit easier for us than some of the bigger players because that growth is from a fairly low base,” Davenport says. “Doubling it is not a massive number.”

He acknowledges that the recession caused Motiva’s fleet to shrink but that has now turned into an advantage as it means the company is resourced for growth.

“Our resources will see us through the next two years,” he says.

Beyond that the sales team will expand to enable more potential clients to be approached.

Growth will be organic rather than through acquisitions.

“We see ourselves as growing by virtue of other people falling by the wayside to some degree,” says Davenport. “If we went and bought another provider I wonder whether it would take the focus off winning customers.

“Our plan is to win customers through offering a good bespoke service and growing our business as their fleets grow as we come out recession, assuming that happens this decade.”

He is also confident about growth as despite the funding constraints facing some in the leasing industry, Motiva has secured “on-going funding streams” which gives it “ample headroom”.

Motiva’s customer base ranges from fleets of 10 to 400 vehicles, but typically its customers are fleets of 50-200 vehicles.

“I think to some degree those fleets have been neglected by the bigger boys,” Davenport says. “There has been a bit of a shift. The big players would have been dealing with 50-plus fleest but now most of their focus is on fleets of 100-plus. That gives us opportunities to pick up fleets of 50-100.”

The advantage of choosing a smaller independent contract hire provider like Motiva is customer service, according to Davenport.

“If we didn’t deliver something to a customer it would end with me,” he says. “We make sure we can deliver what we promise. That’s much easier for us to do because we’re smaller. We have a much shorter decision-making process.”

Davenport also acknowledges the importance of customer retention. He points out that “you can lose a customer for not a lot” and it is “crazy” to allow that to happen.

“It’s very expensive to build a good relationship with a customer and understand their business,” he says.

Motiva has invested in Deloitte’s fleet and car tax analysis system, which is typically used by the larger contract hire providers rather than small independents.

It is being used as a free consultancy and internal audit tool for existing and potential customers.

“We can use it to advise the fleet on the best method of funding,” explains Davenport. “It comes up with the total wholelife cost, which is crucial. People have to be more aware of wholelife costs.”

He points out that choosing a vehicle based on its headline rental or opting for a one-off ‘spot’ deal rather than its wholelife cost may end up costing the customer more over the length of the contract.

Deloitte’s system allows almost every financial variable to be taken into account, including rental costs, all known and future tax legislative changes, inflation, insurance, depreciation and the weighted average cost of capital rates.

Pilot projects with existing customers have highlighted potential savings for both employer and employee running to tens of thousands of pounds.

Motiva is also developing its fleet management software. It plans to launch a web interface whereby customers can log in and see a series of dashboards and are able to run exception reports.

“At the moment it’s fair to say that where they get the information from isn’t all in one place,” Davenport says.

Motiva’s rental division has seen success throughout the recession with a number of customers that had extended their contract hire agreements switching to Motiva’s long term rental product (Lite-Lease), which is based on three, six and 12-month rental agreements for cars, vans and HGVs.

“There does come a point where it’s a false economy to extend a contract on an informal basis,” says Davenport. “We tend to find that once a car has done more than 120,000 miles the cost becomes unmanageable.

“Our Lite-Lease product is ideal for those people that don’t want to run on with the extension any longer because of the age of the car and yet don’t want to commit to a new car.”

Davenport expects the Lite-Lease fleet to double to around 200 (CHECK) vehicles by 2014.

Also in the pipeline is a salary sacrifice offering, which Davenport hopes to go live with in Q2 this year.

Fuel management has recently been added to Motiva’s service offering.

“It’s a fuel card with an optimised network,” says Davenport. “We look at where the client operates and then decide the best network for them to go on.

“The cheapest fuel is usually at the supermarket forecourts but if 60% of your workforce isn’t within a reasonable distance of one it makes no sense to drive there to fill up.”

“Within our telematics product we’re able to put in the postcode of all the fuel stations within the network,” explains Davenport.

“We can geofence them and we know when the driver visited the fuel station and what the mileage was at that point.  To some degree they don’t have to tell us. Some cross reference work can be done to check it.”

MoTrak is available to non-contract hire customers as a separate product, as well as existing customers.

Davenport expects the number of telematics units to grow to 1,500 this year.  (CHECK)

“It’s not just about tracking, it’s about added value,” he says. “We use the telematics data to highlight where fleet and driver efficiencies could be made.”

It is particularly useful for the medium-sized companies that don’t have a full-time fleet manager and outsource fleet management to Motiva.

“The exception reporting and the kind of information we can get from telematics is a big gain for them in terms of managing the fleet,” says Davenport.