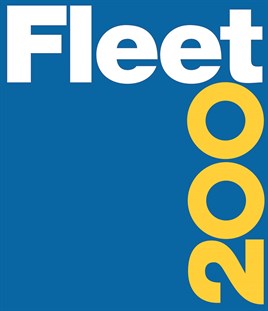 Leasing companies and manufacturers have been generally talking up the fleet sector, suggesting that many companies have returned to traditional buying patterns and are replacing their ageing cars and vans.

The private sector is performing more robustly than the public sector, which remains firmly fixed in the gaze of the Government’s austerity measures. Companies have been taking on new employees, reflected in the improved unemployment figures, some of which are behind a rise in the company vehicle parc.

Six sectors have grown, four have shrunk – although two (Transport/Communications/Distribution and Utilities/Energy/Water/Forestry/Fishing) only marginally so.

The two sectors seeing the greatest reduction in fleet sizes are public sector and the beleaguered insurance/Accountancy/Banking/Finance sector.

For the latter, the major influence is consolidation and redundancies as financial institutions battle back after the banking crisis with leaner, more streamlined operations. Their fleets reflect the actions taken to reduce headcounts.

For public sector, the explanations come down to desperate attempts by local authorities to reduce their capital expenditure without affecting front line services. Several councils have taken the painful decision to no longer offer company cars; instead staff will be required to use their own vehicles for business purposes which stirs up a hornet’s nest of risk management, health and safety and longer-term operating cost concerns.

The biggest year-on-year growth came in the Bluelight/NHS Trust sector, up almost 10% or 3,114 vehicles, and IT/Software/Leisure/Media sector, up more than 6%. The creation of the Scottish Police force accounts for much of the Bluelight growth; its 4,400-vehicle fleet replaces Strathclyde’s 1,200 vehicles in last year’s listing.

In the IT/ Software/Leisure/Media sector, Virgin added 900 vehicles while XXXX Telent was a newcomer on 1,100 vehicles. The threshold for entry has consequently risen from 420 vehicles (Inspired Gaming, which exits the Fleet200) to 535 (Oracle’s shrinking fleet, down from 700 in 2012).

Much of talk of recent months has been about consolidation of suppliers and moves by the largest fleets to both restrict their funding partners and unbundle elements of management, primarily service, maintenance and repair.

The Fleet200 backs the anecdotal evidence. Of the 104 companies providing details, 50 operate a sole supply agreement with one leasing company, while 17 have dual supply. Just 37 – or one-third - operate a funding panel type multi-supplier arrangement.

In addition, satisfaction appears to be reasonably strong. Of 87 fleets which responded to the question, just 17 (20%) say they are considering changing their leasing partner over the coming year.

The top 10 biggest fleets remain the same year-on-year; only the order changes. However, the top five are unchanged, aside from HBOS now being merged with Lloyds TSB, previously number 16.

Just one company enters the top 20, the rapidly expanding Mears Group. Acquisitions of Morrison Facilities Services and ILS over the past 12 months have taken the cosial housing maintenance provider from 3,544 to 4,213 vehicles, moving it from 33rd place to number 18.

Further down the list comes greater change. This year 15 companies enter the Fleet200, up from the nine newcomers in 2012. The highest placed is the newly created Scotland Police at number 25, followed by Scotia Gas Networks in the utilities category at number 51 on 2,500 vehicles.

Meanwhile, at the other end of the scale, the entry level to the Fleet200 has risen from 365 (Hull City Council) to 420 vehicles (Nottinghamshire County Council).