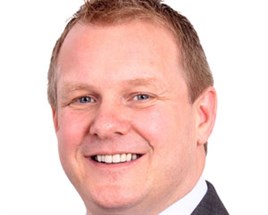 Today’s fleet manager would not have expected to get caught up in modern-day politics when they took over responsibility for managing their company’s vehicles.

But the past 11 years have seen more legislation changes made by Government on the running of a vehicle fleet than at any other time.

As the country has moved from a Labour government to a Conservative-Liberal Democrat coalition sprinkled with more than a little interference from the EU, the job of planning a fleet strategy has become more difficult.

The environment has been at the heart of most of those changes since the CO2 tax system was introduced in 2002.

However, the double dip recession and austerity commitments of the current parliament have meant that environmental considerations are now secondary when compared with deficit reduction.

As such, subsequent Budgets have had far more of a financial focus.

The most recent has seen two more tax bands created for ultra-low emission cars just as drivers choosing a sub-100g/km car hoped they had escaped having to pay any benefit-in-kind tax in future years.

And the corporates who have helped underwrite the green agenda lost their 100% first year writing down allowances on leased cars.

But helpful as it has been for the Government to announce company car tax rates three years in advance, the little matter of a General Election in 2015 could well cause more challenges for planning a fleet strategy.

On one hand, the three million or so company car drivers may be considered as an important group to lobby by political parties, but that won’t be much consolation for fleet managers who are working to this ever-changing agenda.

Remember, for many businesses the company car is still a key part of a benefits package to help it attract the very best staff, and fleet managers have to be mindful of this.

At the same time they have to keep an eye on cost and ensure the company meets its duty-of-care legislation obligations.

Who said being a fleet manager was easy?