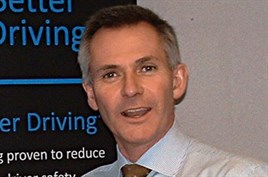 There seems to be more than a few people out there in Fleet Land who think that by improving drivers’ knowledge of
the rules and regulations it’s going to stop them having crashes.

Sorry, but nothing could be further from the truth.

There’s absolutely no published evidence from any academic body which proves a link between collision rates and driver knowledge.

There’s only one thing that causes crashes – lack of attention and bad judgement caused by inadequate awareness of what’s going on around the driver at the time.

If drivers applied themselves for 100% of the time they’re behind the wheel, companies like Peak Performance would be out of business, but it’s a sad fact of life that they don’t.

In a few cases, of course, its sheer bloody-mindedness that makes a company car driver act irresponsibly – it’s not my car, it’s not my money, and it’s not my problem.

But in the main it’s just the way we’re hard wired by default. Driving isn’t a natural act. Cars have only been around for 120 or so years.

As humans we’ve had another 180,000+ years of evolution behind us that didn’t involve the car at all.

Effectively we’re having to re-configure our perceptual boundaries and override the fundamental ‘fight or flight’ messages that dictated our ancestors’ behaviour.

So being taught well in the first place is a crucial contributing factor to how likely drivers are to stay safe in the future.

Sadly, too much early driving instruction still concentrates just on the mechanical skills required to stay on the straight and narrow when, by and large, it’s our attitude that dictates our tendency to lapse and violate.

So here’s the burning question – why is it that so many of the online risk assessments out in the marketplace place such a firm emphasis on facts, figures and knowledge?

Should they not be seeking to establish drivers’ likelihood of colliding with something or somebody as a result of their mindset?

Ask yourself this. If you’ve implemented driver risk assessments in your company, are they really painting a true picture of what lies ahead?