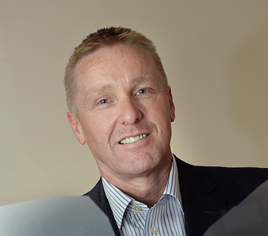 By David Hosking, CEO of Tusker

When the Government announced its intention to reform the tax treatment of salary sacrifice schemes in the 2016 Autumn Statement, many feared that this would have a drastic impact on both company car drivers and the UK car industry.

However, in all my conversations with HMRC and HM Treasury, it has been made clear to me that the Government wanted to do two things; firstly, to lower emissions of cars in the UK overall and secondly, protect the UK car industry.

But even with this success there remains confusion in the market. Today, I want to provide absolute certainty around how the legislation should be applied.

There are two main parts to the legislation. One has been well publicised but the second, I believe, has been overlooked by many in the industry.

Firstly, in last year’s Autumn statement, Ultra-Low Emission Vehicles (those with emissions of 75g/km of CO2 or less) were made exempt from any tax changes.

Then, in the subsequent Finance Act, published on March 20th 2017 it was made clear that the comparison of the benefit in kind was to the amount sacrificed for the car itself (i.e. excluding, as was the case under the previous system, maintenance, tyres, roadside assistance, and the like).

This means that the environmentally aligned benefit in kind rules will continue to apply for 98% of vehicles while the treatment of employers’ national insurance remains unchanged on more than half of all vehicles available.

These changes completely support Government’s commitment to providing a fairer tax structure while not undermining its wider environmental policy. It has meant that the changes to salary sacrifice put in place by Government protects cars while eradicating the arguably abusive salary sacrifice schemes where some employees had been using the legislation to save tax on wine, drones and even double-glazing.

This move by Government is to be applauded as it prevents take-up of abusive schemes without harming car schemes that have always been taxed fairly and environmentally, is the right thing to do.

Under the new rules, the finance rental for the car and all other costs should be separated. However, it appears that many have misunderstood the new legislation and this point has all but slipped under the radar.

Due to the misunderstandings and misconceptions following the implementation of the Finance Act 2017, Tusker is keen to clarify the rules so employers and employees alike fully understand the changes. We want to provide clarity on the legislation, which we have achieved working alongside our tax advisors, HMRC and HM Treasury, so it’s been great to get their written confirmation this week, that the above interpretation is correct.

This confirmation is also important for employees and employers ensuring that car salary sacrifice remains a valuable part of the employee’s benefits package.

We implemented these changes correctly on April 6th ensuring all employees who take cars with Tusker are taxed appropriately.

Alongside Government, Tusker remains committed to supporting the UK car market and protecting company cars, given their clear benefits of encouraging the take up of new, clean, safe and more reliable vehicles, particularly among modest earners.

We are delighted that the Government has protected cars, endorsing them in the same way as cycle to work schemes and childcare vouchers.

Salary sacrifice remains the most affordable way to get a brand new, fully maintained and insured car, something which so many UK workers are heavily dependent on.