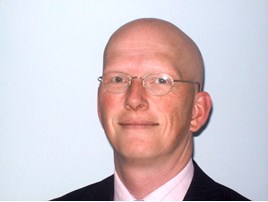 According to HMRC statistics, in 2002/03 570,000 company car drivers were provided with free private fuel by their employer.

As part of its stated desire to eradicate employer provided free private fuel, on 6 April 2003 the government introduced the current CO2 emissions based tax regime for free private fuel, setting the fuel benefit charge multiplier at £14,400. As a result of a series of increases this now stands at £22,200.

This year the tax charged on free fuel provided to the VW Golf driver who pays basic rate tax is £799, regardless of the number of miles driven in the tax year. Based on a diesel cost of £1.10 per litre the employee would have to drive slightly more than 13,000 private miles before they benefit from the provision of free fuel.

If the driver was a higher rate taxpayer the equivalent cost would be £3.69 per litre, and 26,562 private miles would have to be driven before the driver benefitted at all.

As the fuel benefit charge is supposed to be a punitive tax, it’s understandable that the number of recipients has fallen. But perhaps more drivers should have given up the benefit, or more employers should have withdrawn it, because according to the latest HMRC statistics 190,000 people still received free employer provided fuel in 2014/15, a fall of just 10,000 compared to the previous year.

Arguably, given oil prices plummeted to a 5 year low during 2014/15, more drivers should have given up their free fuel, because only the employer’s costs are reduced by lower pump prices; the employee doesn’t benefit at all because the employee’s tax charge is the same regardless of the cost of fuel so lower fuel prices just mean they effectively pay more for their ‘benefit’.

In 1997, as Chancellor, Gordon Brown stated that he would like to tax free private fuel out of existence. Nearly 20 years on 190,000 drivers still haven’t got the message.

If their justification is they’re driving more than their breakeven mileage then their employers should consider how much the fuel costs them, because after all as mileage increases the cost of buying the fuel rises; those employers would be well advised to buy out the benefit because they could literally save thousands of pounds, whilst maintaining the value received by their employees.