The route to road charging 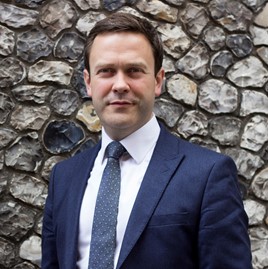 Commenting on our recent report into how fiscal policy can support the uptake of cleaner vehicles, Fleet News Editor Stephen Briers summarises his view on the need to move to a system of road charging in the UK.

He says “…bite the bullet now and start an assessment”. I couldn’t agree more.

The report, supported by ClientEarth and researched and published independently by WPI Economics, made a set of recommendations including:

With £170 billion of Fuel Duty alone at risk between now and 2030, it’s no surprise that the latter recommendation is where Stephen focuses his attention.

His main argument is that this new system should not be based solely on emissions – and as we move towards a future of zero tailpipe emission vehicles he is, of course, completely right.

In other work from WPI Economics, we’ve shown how road charging system could be based on a wide range of factors, including distance travelled and vehicle weight, noise pollution, congestion, and style of driving.

We don’t have all the answers, but our argument is that a new road charging system is essential, and it must be flexible enough to reflect all these factors as economic and environmental priorities change over time.

So, if we agree, will it happen? My years in tax strategy at the Treasury make me sceptical. Sights tend to be fixed on ensuring the books balance over the next five years and, more practically, any suggestion of a move to road pricing is a major political headache.

But I think there is a way forward. Political leaders across the country, including Conservative and Labour Metro Mayors, have recently written to Government, highlighting the need to remove the most polluting vehicles from our roads.

Their proposal to bring the 2040 deadline forward to 2030 is welcome but, by ignoring the Exchequer impacts, it only tackles half of the problem.

Instead, the solution could be placed in their hands. Metro Mayors have the political will, as well as a desire for greater independence – so why not make them responsible for designing and testing a new system of road charging?

That’s why our report also suggested a competitive fund for Mayoral Combined Authorities, to support the costs of designing and testing a new road charging scheme.

In a world where Mayors have limited financial powers, if combined with an agreement with the Treasury to share any financial upside, this could be an incredibly attractive proposition.

But this thinking needs to start now. As Universal Credit has shown, designing policy alongside its implementation is fraught – far better to take our time and get it right.

And, importantly, the public case must be made. In short, 2030 (and even 2040) is not that far away and, as Stephen says, road charging is not on central Government’s agenda.

So let’s stop asking them and, instead, provide the platform for Metro Mayors to innovate, create a system that meets the needs of local voters, and deliver a new approach that can be rolled out nationally when fully tested.