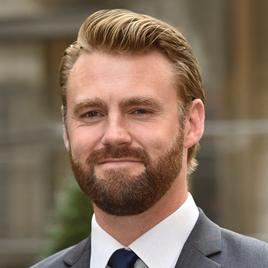 By Dan Rees, associate director, head of cars and fleet consulting at Deloitte

The EU-wide introduction of a ‘real world’ vehicle emissions testing procedure (WLTP) should provide greater comfort to consumers over quoted fuel efficiencies of engines than under the previous test (NEDC).

The Government has agreed that WLTP emissions figures are to be used for tax purposes for cars registered from April 6, 2020, and is consulting on changes required to the company car tax and VED systems. In the interim, the industry has been using emissions figures (correlated NEDC) that are derived from WLTP using an algorithm to represent what they could have been under NEDC.

Correlated NEDC figures are themselves on average higher than those under NEDC and this implication is specifically excluded from the consultation. This means employees with recently registered company cars are already likely to be experiencing increases in their benefit-in-kind tax compared to their previous car.

The Government aims to strike a balance between protecting consumers from increased transport costs and ensuring climate change and air quality commitments are met by providing clear incentives for ULEVs.

It should be considered that employees who need a company car to do their jobs are affected alongside those who are able to take a company car as a perk. While ‘perk drivers’ are typically able to opt out to take cash to escape these tax rises, job-need drivers may not have that option.

For many job-need drivers, a fully electric, or hybrid (usually petrol hybrid) car, is either currently impractical, or isn’t as fuel efficient over higher mileage as a conventional Euro 6 diesel.

In our experience, the rate of employees/employers opting out of company cars for cash allowances is the highest we’ve seen in recent times. Employees may use their cash allowances to choose used, less efficient and higher emission cars. Those who choose cash are likely to continue to do so, which means the company car tax system is relevant to a dwindling population and the ability to influence cleaner car choice is reduced.

As the company car channel is vital for newer, cleaner cars to reach the used car retail market, this must be adequately evidenced and considered during this process.

There is a lack of clarity concerning the delta between NEDC and WLTP figures across current models (and those in the pipeline), because not all WLTP figures have been published, possibly for commercial reasons.

The Treasury is calling for evidence in its consultation to try to understand the dynamics of the situation, before implementing a strategy. It is essential that manufacturers, the leasing industry and employers provide evidence on the differences between emissions figures (identifying typical fleet cars) and trends of opting out into cash. Irrespective, as yet unannounced company car tax rates for 2021-22 onwards should consider the impact of correlated NEDC.

We agree with the Government that the fundamental structure of company car tax is appropriate for delivering its policy aims and that any change should be simple.

In our view, it is now a question of deciding, based on the submitted evidence, the percentages to apply to the CO2 bands to take the higher WLTP figures into account for car registered from April 2020.

It would make sense to reinstate a rising VED charge according to CO2 emissions, so there is a greater implication for consumers to make cleaner car choices in the wider market.

Alongside these changes, it would be helpful that the capital allowances and leasing disallowance thresholds move in line with any change to company car tax.

Reinstating the ability for car lessors to claim 100% first year allowances on very low emission cars would enable them to pass on these incentives to fleets via lower rentals.