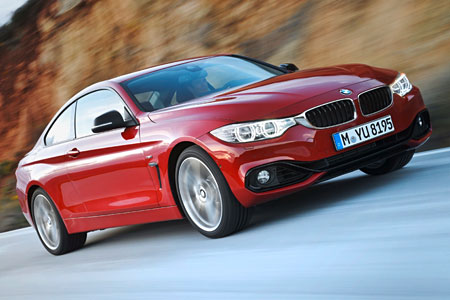 BMW wants its new 4 Series coupé to stand out from the 3 Series saloon more than the previous 3 Series Coupé managed.

This extends to more than a fresh numerical tag, starting with an exterior that has only the bonnet in common with the saloon.

Every other panel is new, and neat details such as the vents behind the front wheels help make the car more aerodynamic as well as look good. Inside, there’s more space front and rear thanks to a 50mm longer wheelbase of the 4 compared to the last 3 Series Coupé.

4 Series choosers can further tailor their car with five trims, covering the same SE, Sport, Modern, Luxury and M Sport models as the 3 Series saloon and with the same price differences.

However, the 4 Series has an improved standard equipment count over its saloon sister. It comes with leather upholstery with heated front seats, front and rear parking sensors, and xenon headlights. 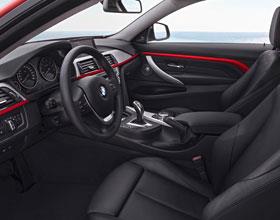 However, the 420d does without the electric adjustment for the driver’s seat that is standard with most other engine options.

This is a curious omission on the model that will be the most popular. Matt Collins, 4 Series product manager, told Fleet News: “We expect the 420d to account for 35% of all 4 Series sales, with most drawn from the fleet sector.

“The 420d auto should be most popular thanks to its added performance and lower emissions over the manual gearbox version.”

The 420d doesn’t have the outright shove of the 435i we also tried, but it’s swift and feels sufficiently sporty.

It’s also very hushed when cruising at motorway speeds, but when pressed harder or moving off the mark the 2.0-litre turbodiesel is a little gruff.

There’s nothing gruff about the 420d’s handling, though, as corners are dispatched with competent grace.

The low-speed ride is a shade firm, but optional 18-inch alloy wheels in place of the standard 17-inch items accounted for some of this on our SE model.

Otherwise, the 4 Series succeeds in standing out from its 3 Series sister in being tauter, more agile and sportier in its reactions as well as it looks.