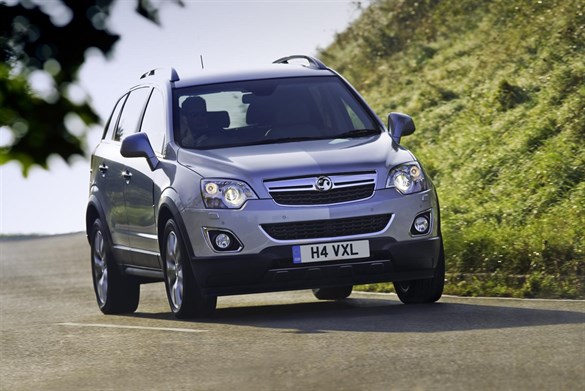 The Vauxhall Antara doesn’t sell in big numbers. In fact, even if Vauxhall achieves its sales targets for this updated version, it won’t come close to the number of Kugas Ford will sell to fleets.

And if you’re unsure quite what the Antara is, it seems Vauxhall shares your uncertainty.

The company calls it an SUV, but names on-road-biased models such as the Nissan Qashqai, Ford Kuga and Volkswagen Tiguan as its main rivals.

In reality, the Antara sits somewhere between those two classes of car, but without offering the real benefits of either. It’s available with front- or four-wheel drive, like a crossover, but doesn’t have the rugged appeal of the Nissan X-Trail or Land Rover Freelander.

It looks and feels massive, which is great for interior and boot space, but means it’s cumbersome and unwieldy around town. The aforementioned crossovers aren’t.

Even though the Antara’s mid-life update has brought some interior and exterior visual updates, they’re difficult to spot. The cabin is layered with a fair share of soft touch plastic, but the design is drab and distinctly last-generation.

Most of the work has gone on under the skin. The suspension is revised for improved comfort, and the 2.2-litre CDTi engine is new. Available in two power guises – 163bhp and 184bhp - it’s the highlight of the car. We drove the 184bhp version with a manual gearbox, and although the slack steering needs a real swing to get the car shifting direction, the accelerator and gearshift require far less work to get the big car surging forward. It’s a smooth, potent unit.

The issue, though, is one of fuel economy, and therefore tax. Even the cleanest front-wheel drive, manual model – traditionally the lowest CO2 producing model of a crossover’s range – emits 167g/km, which is, of course, above the 160g/km writing down allowance threshold.

The Nissan Qashqai, for example, has a P11D starting price around £4,000 cheaper and, crucially, is available with engines that do slip below 160g/km.

It’s true that P11D is competitive, and while some other cars stand out for low CO2 in this sector, a few are still playing catch-up so the Antara doesn’t look so bad. Despite it’s renewed appeal, it’s still likely to retain a low profile in the fleet sector.