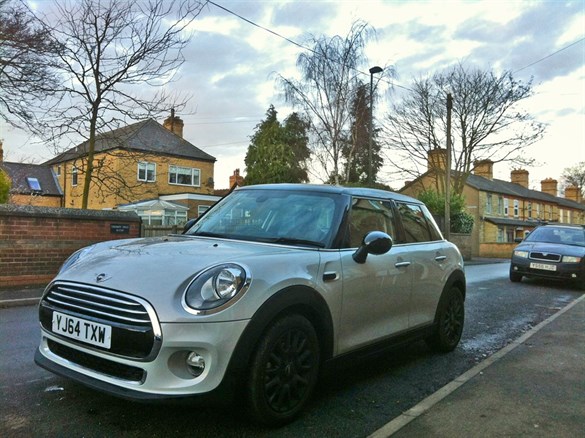 Our Mini has just returned from the workshop after a fault with the keyless remote.

Like many new cars, the Mini starts up without a key. Instead, it has a remote control which simply has to be inside the car when you press the start-stop button for the engine to fire up. But our Mini had a reoccurring problem starting up. A fault message kept appearing, advising that the car was unable to detect the remote and that it needed to be held up to the steering column.

While following this advice enabled the car to start up, it clearly wasn’t right.

Mini sent us a new keyless remote but the problem persisted so it was taken away to be fixed. The problem turned out to be fault with the antenna, which is located in the boot space, and replacing it and reprogramming the car has solved the problem. Mini says that this is not a common fault with its cars. It has happened on BMWs but it is “very rare”.

By strange coincidence, our Volvo V40 had a similar problem with its keyless entry and start system with the key only unlocking the car when stood right next it. It also had a ‘key not detected’ message.

Have you, or any of your drivers, had similar problems with keyless entry/start systems? Email: fleetnews@bauermedia.co.uk
Sarah Tooze