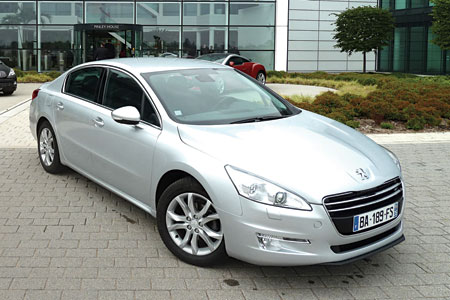 We’ve heard for many years that quality has improved in car production, but what evidence is there that this has happened?

French car manufacturers have been as loud as anyone with this claim.

For us at Fleet News, we can’t easily tell on the basis of a few hundred miles in a car in the first year of its life whether long-term quality is better.

Peugeot was keen for us to try a version of its newest model, the 508, that was as close as we could currently get to one that had seen three years’ typical use.

I went to the PSA Peugeot-Citroën facility near Paris, to pick up a car that had done the equivalent of 56,000 miles, and added another 400 driving it back to Peugeot’s UK HQ in Coventry.

It was a 1.6 e-HDi model that had undergone PSA’s ‘arduous testing’ regime.

Most of the testing is carried out behind closed doors at test facilities, with simulated hill climbs and cells used to put the vehicles though extremes of temperature likely to be experienced in western Europe.

The regime calls for cars to tackle various types of road, and although a vehicle like the 508 would spend much of its working life on the motorway, only 10% of the testing is carried out on M-way simulation.

Most miles are racked up on more demanding routes.

My route back to the UK would be dominated by motorway, but there were enough occasions in traffic to get a feel for the car as it coped with stop-start driving, and there were enough miles on poorly surfaced roads to expose any loose or rattling fittings.

But there were none.

In fact the only evidence of the car’s prolonged and intensive use was a smoothness in the leather on the steering wheel at 10-to-two, but it was a smoothness matched by the 508’s 1.6-litre diesel that still seemed as refined as the first time I tried one in a fresh-out-of-the-box model in January.

The 508 actually felt in better condition after the trip than the Ford Mondeo I had been using, and which had just over 18,000 miles on the clock.

The 400-mile trip back also resulted in the trip computer showing close to 60mpg for the journey, which was a decent showing for a high-speed motorway trip.