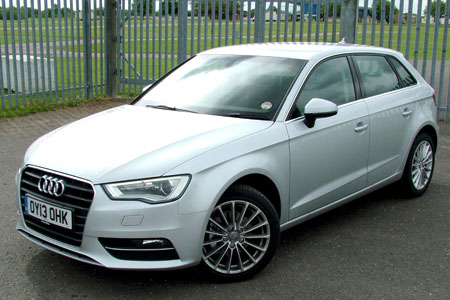 I've now spent three months with the A3 and I’m only just getting used to its start-stop technology.

The Audi is the only vehicle I have used which has had the feature – in the past I’ve owned cars in which the engine would stop when they came to a rest, but this was because they were old and there was always a chance that they wouldn’t re-start, leaving me stranded.

Inititally this led to mild panic every time the Audi’s engine cut out in traffic, but fortunately that feeling has now subsided.

So much so that I’m enjoying start-stopping even at every opportunity. There is a button on the centre console to turn it off, but why would you?

After stopping, the engine fires up immediately when you're ready to start moving again, so even the most impatient driver won't get annoyed at any delay.

The only downside in the hot weather we've been having is that it doesn't always work when the air-conditioning is on because of the drain on the battery.

Other fuel-saving technologies on the A3 Sportback are a gearshift indicator which tells you the most efficient gear to drive in, and a recuperation system which converts the kinetic energy created when coasting or braking into electrical energy which is stored temporarily in the battery.

When the vehicle accelerates, this energy is used to relieve the load on the alternator, resulting in a claimed fuel saving of up to 3%.

However, I don't think I'm feeling the full benefits on this technology; I'm recording an average economy of 50.6mpg – well down on the 74.3mpg achieved in the official combined cycle test.