"The i4 exhibits little compromise from sharing its shell with an internal combustion engine (ICE) car." 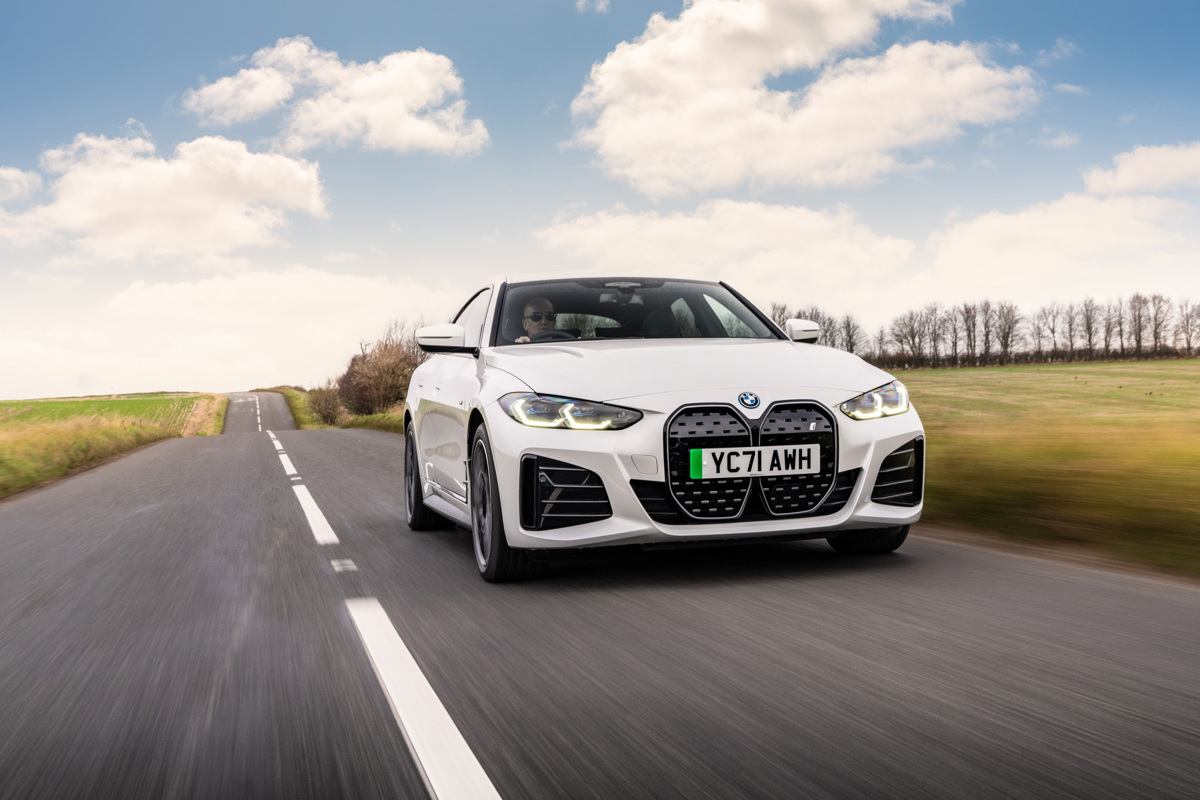 BMW has beaten its keenest rivals to the punch with the launch of the new i4. It’s the first electric car from a premium German brand to sit in the compact executive segment and promises all the practicality and driveability of a conventionally powered BMW wrapped in a tax-friendly zero emissions package.

Sharing a body with the recently launched 4 Series Gran Coupe, the i4 is not a clean-sheet EV like the iX. It does, however, make use of BMW’s latest electric propulsion technology, which means a WLTP range of up to 367 miles and the ability to add up to 102 miles of charge in 10 minutes.

Compared with the 4 Series, the only noticeable difference is found inside, where the infotainment screen has grown to 14.9 inches and has swallowed the climate controls into its touchscreen. The i4 uses BMW’s eighth-generation operating system, which is a marked step up from its already well revered predecessor. The new set-up is crisper, with more connectivity and greater levels of customisation. It retains the familiar rotary iDrive controller in the centre console, along with touch-and-voice control. Activating the heated seat now requires more than one button press, however. 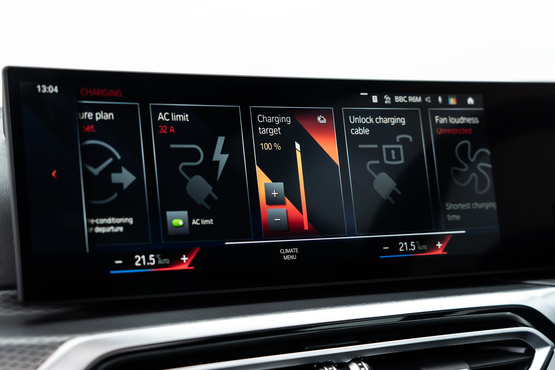 Two versions of the i4 will initially be available in the UK. The eDrive40 is the core model, offering up 340PS to the rear wheels via a single electric motor. Drivers can pick from Sport and M Sport trims, with this powertrain.

Both the eDrive40 and the M50 use the same 83.9kWh battery, meaning the more powerful car’s official range drops to 316 miles. 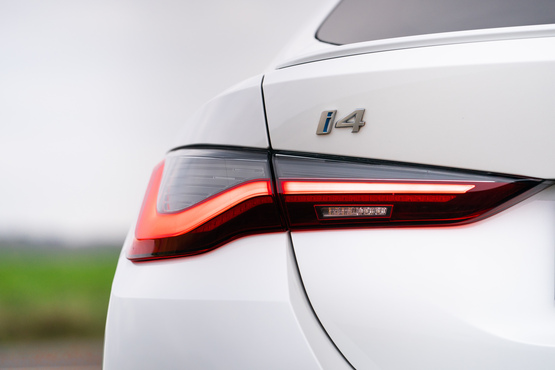 Based on our initial tests, we’re confident the i4 eDrive40 will easily return 250 miles per charge in the worst conditions. Bearing in mind we drove the car in the middle of winter, on hilly country lanes and along the motorway, it was still achieving 3.3mi/kWh. We’d expect at least 300 miles from the eDrive40 and around 280 miles from the M50 in normal use.

The i4 exhibits little compromise from sharing its shell with an internal combustion engine (ICE) car. It’s beautifully composed, with well-balanced handling, sharp brakes and direct steering. Battery weight is well contained, although not entirely unnoticeable. All told, the i4 is a masterpiece of engineering. It feels more dynamic than some of the firm’s recent ICE models, which have gotten a little soft, while delivering a much greater shove of acceleration.

The rear-driven eDrive40 is more than adequate, offering the equivalent power of a non-fleety last-generation M440i. It can reach 60mph from rest in less than six seconds, with equally potent mid-range capability. It feels as well-honed and characterful as a BMW from 20 years ago, just without the soundtrack of a neatly-tuned six-cylinder petrol. 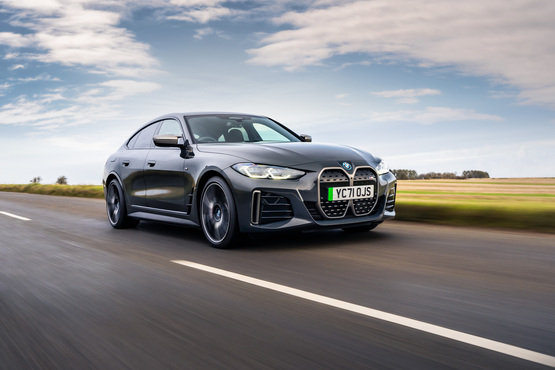 Stepping into the M50 showcases what BMW can really do when it tries. When driving around town or on the motorway there’s little to distinguish it from its lesser-powered sibling, but the might of the twin motor set-up is every bit of what you’d expect from a BMW M car. Now 60mph is reached in less than four seconds and the i4 can slingshot itself out of any situation with immediate response. The experience is capped with more secure roadholding, a firmer ride and sportier garnish on the exterior.

Charging the battery can be completed with similar rapid pace. DC charging at up to 210kW is possible – provided you can find such a charger. A full charge using a home wallbox (7kW) will take around 13 hours, while a 50kW public charger can boost the battery from 10% to 80% in a little more than 40 minutes.

Running costs for the entry-level eDrive40 Sport are around 3p per mile higher than the Model 3’s, but once you factor in the accessibility of the BMW retail network and its aftersales support – plus the much plusher interior and better build quality – the i4’s running costs seem justified.

While many carmakers are having successes with all-new EV-only platforms, including BMW with its iX SUV, there’s something about the i4’s familiarity with BMW’s old-school “ultimate driving machine” mantra that makes this package one that’s hard to overlook, even if it is a little more expensive.

The 4 Series Gran Coupé offers a degree of versatility for those that want something a bit more stylish and engaging to drive.