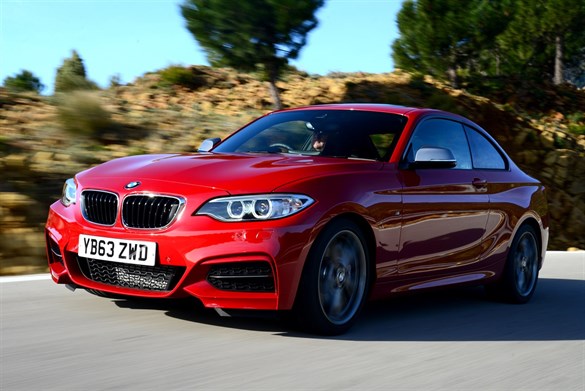 A new badge is expected to lift the profile of bottom-rung premium motoring when BMW puts a fresh spin on an old model name this spring.

When it arrived in 1986, the three-box 2002 compact laid the foundations for the German firm’s success before giving way to the 3 Series.

Now the 2 Series is set for a comeback to take over from the 1 Series Coupé. Bigger, roomier and better equipped than the model it replaces, the 2 Series is set to raise the status of entry-level BMW motoring, believes BMW UK product manager Alex Morgan.

He said: “We think customers will rate the 2 Series “Even though the cost of the car is identical to its predecessor in real terms, there’s no doubt it will be perceived as sitting higher up the range.

“Our belief is that fleets and user-choosers alike will consider the new 2 Series Coupé is vastly superior in every respect and is a more attractive proposition for business use.”

Costing £405 more but offering £500 worth of added equipment than the car that has sold more than 30,000 in the past six years, the 220d has a new 2.0-litre turbocharged diesel engine boasting improved performance, economy and exhaust emissions.

Appearance is also upgraded compared with the old 1 Series Coupé, with an elongated roof, a rising shoulder line and more muscular wheel arches which clothe bodywork that creates greater legroom for all four occupants, although rear seat headroom is restricted for taller passengers.

An extra 20 litres volume in the boot takes luggage space to 390 litres. With gearing tall enough to provide 30mph at engine idle speed in top, this is a particularly relaxed motorway mile eater. Latest construction techniques to reduce weight and increased wheelbase and track mean power is always planted firmly for confident progress at all times.

Thanks to a split-fold rear seat, the coupé is practical as well as attractive and corporate users are expected to account for around 25% of 5,000 total sales next year.

“We have improved this car in every respect over its predecessor and we’re pleased that our emergency call service is now included as standard. It will last as long as the car and is a lifesaver,” said Morgan.