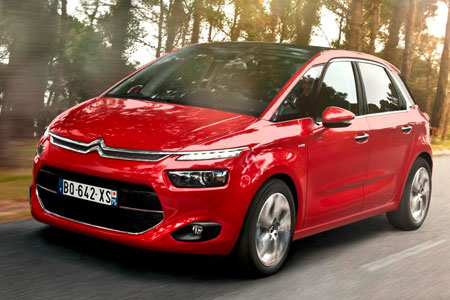 Distinctive styling is one of Citroën’s former attributes that has recently been making a comeback.

The C6 showed the French company could still be bold when it came to styling and this has continued through the DS models and the previous C4 (although not so much with the current model). It has now injected a strong dose of style into its latest MPV.

The company says the styling of the new Picasso-badged model is a taste of future revamps and new models as it tries to show a more expressive exterior design.

The new C4 Picasso is the first Citroën to be built on PSA’s new modular platform – which should bring with it extra economies of scale.

Despite its full five-seat size it is actually up to 140kg lighter than its predecessor.

This puts it on a par with the C3 Picasso and combined with more sophisticated aerodynamics, it makes the C4 much more efficient than the outgoing model.

The lowest CO2 emissions for the range are 98g/km in the best-performing 1.6 e-HDi variant, but CO2 is reduced across all engines including the 105g/km 115bhp 1.6-litre HDi we tested.

The new C4 Picasso is also slightly shorter and lower than before, although its wheelbase has increased in size offering greater legroom, while luggage capacity is also increased to a minimum of 537 litres and can be extended to 630 litres with the rear seats in their foremost position. 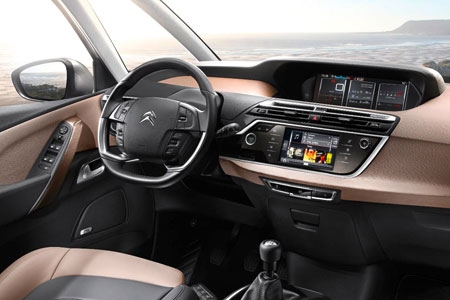 The front passenger seat also folds flat, helping create a 2.5m load floor length on one side of the car.

The interior also gets a dramatic new look: all models  come with a standard seven-inch touch-screen display while some also have an additional 12-inch panoramic screen with customisable display.

The interior is much improved in terms of perceived quality with the textures and materials used on a par with what could be found in a premium-badge car.

On the road the 115bhp diesel is a decent performer, especially when you consider the efficiency achieved in the official figures.

The engine feels responsive enough, and the car’s handling benefits from its slightly wider stance and lower centre of gravity before.

It feels much more composed when asked to change direction suddenly, although the ride comfort on the high-end models we drove was perhaps compromised somewhat by the large wheels.

For Citroën, the new C4 Picasso marks an impressive return to form in its MPV range and we can expect more of the same when the seven-seat C4 Grand Picasso arrives early in 2014.