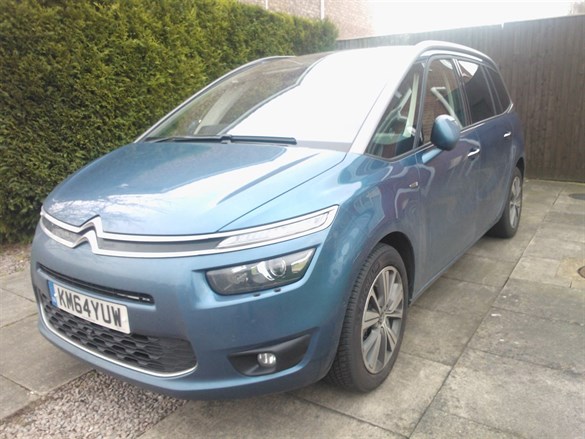 Having spent the past six weeks in the Grand C4 Picasso, it is becoming ever clearer why this car is the reigning Fleet News full-size people carrier of the year.

Asked to undertake most family-based tasks, it performs admirably. Comfort for two adults and two children? Check. What about the extended family? Aside from the initial contortions required to squeeze into the rearmost seats, six passengers are accommodated with ease.

There are cubby holes galore to store the paraphernalia that only young children can accrue, aeroplane-style pull-down table tops for those in the middle seats and Citroen’s outstanding central dashboard display which beams sat-nav onto a 12-inch panoramic HD colour screen.

We’ve yet to get close to the official 70.6mpg figure. A recent reset of the trip computer initially saw fuel consumption soar to almost 60mpg. My daily 12-mile stop-start commute then dragged it down to the mid-40s, but it has since started climbing again. I suspect the mid-50s will be where this car sits most comfortably.

Living with the car day in, day out has revealed a few gripes. The auto-close boot bottom is on the passenger side of the boot lid which has forced me on several occasions to either step onto muddy grass after reversing into a parking space or wander round the front of the car in order to reach the button. It’s a relic, clearly, from the left-hand drive model.

My other complaint is the oh-so typically Citroën seatbelts for the middle seats which, due to the angle of the casing, are reluctant to retract. This is most noticeable when using child seats – it’s a family car, remember – as there is apparent slack after fastening. A hearty tug seems to solve the problem.

Nevertheless, it’s a nuisance to have to spool back the belt after every journey, although the many positives of running this car outweigh this particular negative.