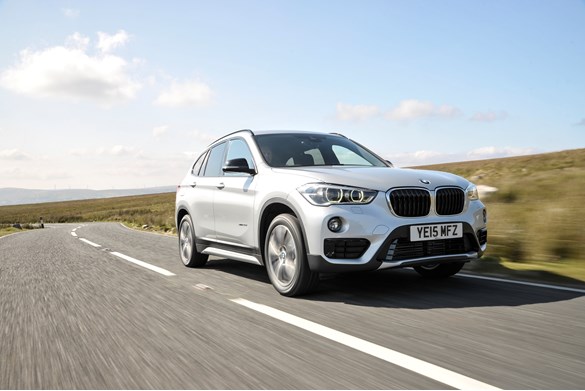 Looking at the new X1 it isn’t hard to imagine that BMW executives have accepted the idea that they’d gone in the wrong direction with the original.

The first X1, launched in 2009, always felt more like an estate version of the 1 Series, despite its greater ground clearance and off-road ability on four-wheel drive versions.

At a time when sales of cars like the Nissan Qashqai, Ford Kuga and Škoda Yeti were booming, the X1 was too compromised to have the same appeal for families, despite its premium badge. It was enough to rack up 41,000 UK sales since 2009 though, and had the highest number of conquest sales for BMW. But with cramped rear passenger space and a relatively small boot, it wasn’t really what most people in the market for a crossover were after.

The new X1 has changed significantly, thanks, in part, to sharing the front-wheel drive layout of the 2 Series Active Tourer and Grand Tourer. A transverse engine liberates extra interior space and, despite being a fraction shorter than its predecessor in overall length, BMW has managed to find an extra nine inches inside the car. There is also extra luggage space.

Taller and wider than before, with a little extra ground clearance, the new X1 is better equipped to lure customers away from volume brands, as well as offer a more practical challenge to cars such as the Audi Q3 and Mercedes-Benz GLA-Class.

There is an entry-level front-wheel drive version – the 150hp sDrive18d – but all other models are badged xDrive and come with on-demand all-wheel drive, including standard hill descent control.

There will be four equipment grades, starting with SE, with Sport at a £1,500 premium, and a choice of X-Line or M Sport variants at £3,000 more than the base model.

Sat-nav, Bluetooth, digital radio, centre arm-rest with storage, autonomous emergency braking and a power tailgate are all standard on the X1. Options include a panoramic sunroof, LED headlamps (standard on X-Line and M Sport) and head-up display.

We spent most of our time in the xDrive20d auto, which offers smooth, strong performance with exceptional refinement. Comfort is much improved and some of the interior materials also have a softer feel.

The ride was a bit less forgiving on the optional 19-inch wheels. However, overall this is a very composed vehicle –  whatever the terrain.