"On the road, the RX L feels little different from the standard model, offering exceptional refinement whether in EV mode or with the engine running." 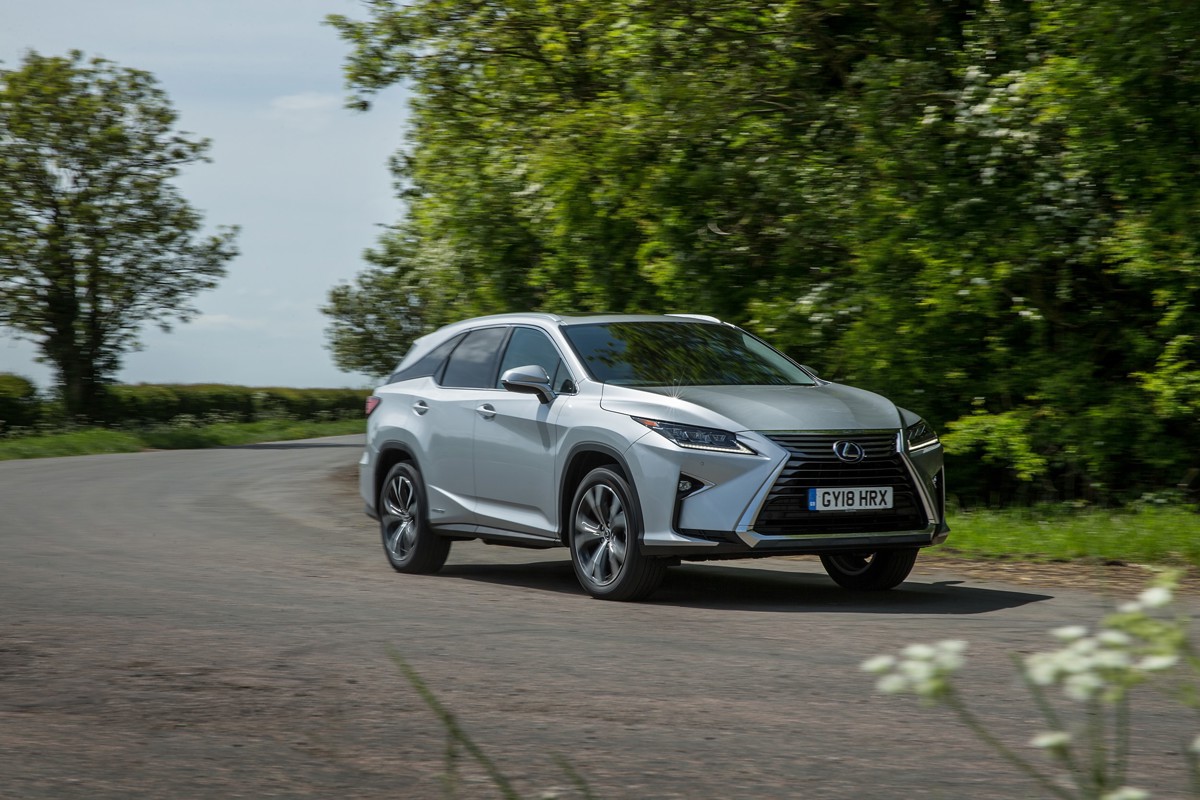 The appeal of the Lexus RX has been the badge, what the brand offers in terms of reliability, service and quality, and, more recently, the fact that it has a hybrid powertrain.

Indeed, the latest generation model has offered significantly lower CO2 emissions and benefit-in-kind (BIK) tax liability than diesel rivals, and has only been bettered in this respect by plug-in hybrids.

It wouldn’t have been chosen particularly for its versatility, as all versions – up to now – had been available only with five seats.

Now there is a new RX on sale with seven seats, which is able to provide an alternative to the Audi Q7, BMW X5 and Range Rover Sport, all of which are either seven-seaters or are available with a seven-seat option.

Where the Lexus stands out over these cars (essentially five-plus-two seaters) is that the seven-seat version comes with a longer body with more space to better accommodate a third row of seats.

All the extra space is behind the rear wheels, as the RX 450h L is 110mm longer than a standard version. But its designers have pulled off the trick of not making it look any larger or bulkier.

The second-row seats have been tiered to allow more leg-room for third-row occupants, while the roof line has been extended to allow headroom for those in the third row, and results in a steeper tailgate window, with the rear wiper now mounted at its base.

The seats can accommodate two adults, but are better for younger, smaller occupants on long journeys.

It’s around two-and-a-half years since the current RX arrived in Europe, but Lexus has decided not to rush through any mid-life changes to the range with this additional model.

It’s powered by the same 3.5-litre V6 petrol engine and electric motor combination, producing a total output of 313PS. CO2 emissions under the NEDC-correlated system start at 136g/km for 18-inch wheel models, and are 138g/km for those with 20-inch wheels, with combined cycle fuel consumption at 47.9mpg and 47.1mpg respectively.

There are three equipment grades: Entry level SE, which is expected to take the lowest portion of sales, Luxury as the mid-grade variant and Premier at the top of the range.

Lexus believes the seven-seat will take 30% of UK sales, and acknowledges that some will be customers changing their five-seat RX, but it also offers an opportunity to secure new customers.

On the road, the RX L feels little different from the standard model, offering exceptional refinement whether in EV mode or with the engine running.

Build quality is impressive, but in a world of premium SUVs adopting digital displays, it’s perhaps surprising that Lexus doesn’t offer this yet.

While highly competent, this sector has been dominated by diesel, restricting the appeal of the RX, although fleets might now be open to hybrid options.

The RX L is a well-executed seven-seater which, alongside the standard model, improves its chances among premium car user-choosers.