"The hybrid system is linked to the sat-nav and can adapt its use of the electric motor to support different types of journey. This might include saving battery power for the end of the trip, for example." 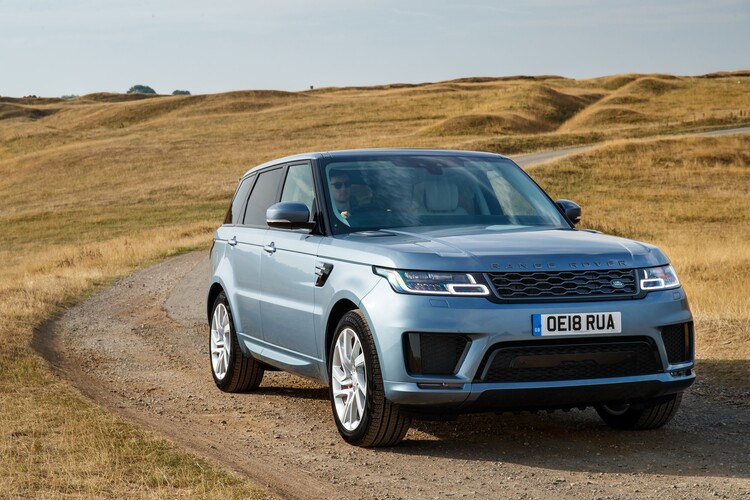 A petrol-powered Range Rover Sport with CO2 emissions of 73g/km might look like a misprint, but thanks to the brand’s new plug-in hybrid powertrain it's a reality.

Priced from £72,185, the Range Rover Sport p400e offers (fortunate) company car drivers the opportunity to drive a 400-plus horsepower luxury SUV for just £380 per month (40% taxpayer) in benefit-in-kind tax.

The new model utilises a 300PS turbocharged petrol engine – as fitted in the entry-level Si4 – twinned with an electric motor and battery for a total output of 404PS.

It promises a fully-electric range of up to 31 miles, although the system is set up to operate like a conventional hybrid - where the motor works in tandem with the engine.

Land Rover claims average fuel consumption of up to 91mpg. During our test on country lanes we achieved a maximum of 35mpg, although greater use of the battery could improve this figure.

The hybrid system is linked to the sat-nav and can adapt its use of the electric motor to support different types of journey. This might include saving battery power for the end of the trip, for example.

Surprisingly, fitting a four-cylinder engine to a two-and-a-half tonne Range Rover has done little to dampen its appeal. Pick-up is instant and rather aggressive, while more relaxed driving makes use of the electric motor’s silent operation.

Its Battery pack is stored underneath the boot floor so there is no spare wheel and a reduction in boot capacity by 76 litres, to 446 litres. It also means you can't spec the hybrid with seven-seats.

Charging the p400e takes less than three hours using a fast charger or seven on a three-pin household plug. The charging point is mounted behind a flap in the front grille, meaning you have to – annoyingly - park it front-first into spaces.

With running costs of 80p per mile, the Range Rover is not the best choice for fleets, the Volvo takes that accolade.

However, with excellent road manners, a beautifully crafted interior and a sense of prestige that other manufacturers cannot match, the Range Rover Sport comes with desirability by the bucket load and with its new low-tax incentive it is likely to be at the top of most (eligible) people’s wish list.