"The engine line-up consists of a hybrid, a plug-in hybrid and a diesel." 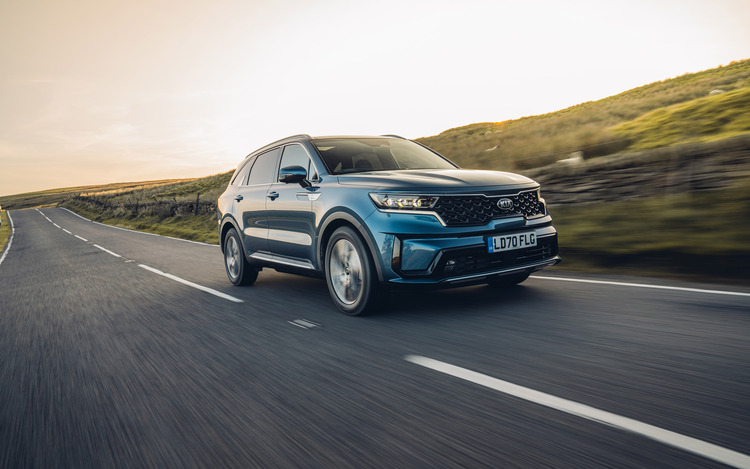 Kia doesn’t profess to be a premium brand but its newer models are certainly pushing it towards the upper echelons of the mainstream market.

Nothing better showcases the evolution of Kia than the Sorento. It’s one of the company’s oldest model names that is still in use, dating back to 2002. The original car was budget-friendly with few technical highlights, an agricultural body-on-frame construction and lifeless engines.

This latest model bears almost no resemblance to its forefather. While the third-gen Sorento stepped-up considerably, this fourth-gen car could be mistaken for something from a different brand altogether.

The styling is clearly inspired by the US-market’s Telluride, with a large imposing front end and a sense of individuality in its design, rather than the more conventual ‘uniformity’ approach the brand has taken in the past.

It’s a spacious seven-seater, despite its footprint being more akin to that of a five-seat SUV like the Ford Edge.

Passenger space is plentiful in the first two rows. The third-row seats are more suited to children, so this isn’t a direct replacement for a ‘proper’ seven-seat people carrier, but useful for families, nonetheless.

If you fold the third-row away, the boot offers an impressive 813 litres of space. With all seats in play, there’s still enough room for some shopping or a pram.

There’s a noticeable improvement in interior quality, with the full arsenal of Kia’s latest technologies on offer. Higher-grade models feature a 10.25-inch touchscreen and digital instruments, along with the usual crop of amenities, such as heated seats, keyless entry and climate control.

Safety is top-priority and all models are equipped with adaptive cruise control, lane keep assist, autonomous emergency brake and a new system that can prevent the driver from pulling out in front of another car at a junction.

Most impressive of the Sorento’s new features is the blind-spot camera system. Using cameras mounted in the door mirrors, the car displays a real-time feed in the instrument cluster of the blind spot area whenever you activate the relevant direction indicator. 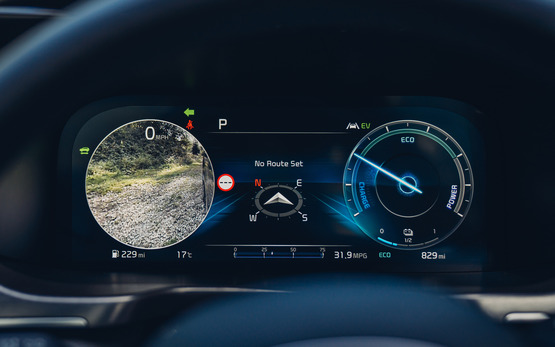 The engine line-up consists of a hybrid, a plug-in hybrid and a diesel. The hybrid develops 226PS and promises 40.9mpg, while the diesel engine serves up 199PS and a slightly more efficient 42.2mpg.

On the move, the petrol unit provides the best driveability with the diesel a tad noisy and slow to respond. While handling is not the car’s strong point, it is a good cruiser.

All these improvements and features come at a cost, though. The Sorento starts at £38,845, some £8,000 more than its predecessor, meaning it will now compete with cars from established premium brands like the Land Rover Discovery Sport and Volvo XC60.

The plug-in hybrid is likely to be the key model for fleets. It combines a 1.6 T-GDi petrol engine with an electric motor, powered by a 13.8kWh battery, giving an electric-only range of 35 miles and CO2 emissions from 38g/km.

This puts it in the 11% benefit-in-kind tax band and, with P11D prices starting from £44,940 for the 2 trim level model, 20% taxpayers would face a monthly bill of £82. It also feels pretty sprightly, which is reflected through a 0-62mph time of 8.4 seconds. Practicability is almost unaffected, as the batteries are stored beneath the front seats, meaning meaning the Sorento PHEV retains its seven-seat layout.